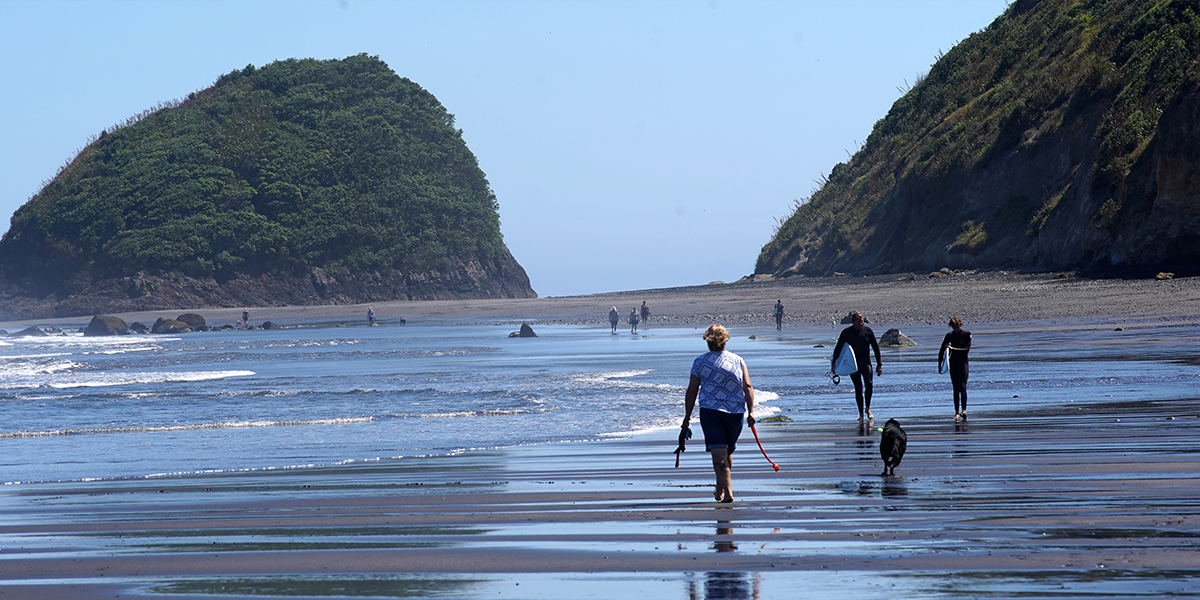 New rules for dog walkers on Back Beach will help stop attacks on seals, penguins and other wildlife while still keeping much of the beach open for dogs to run off-leash. NPDC worked with the Department of Conservation and Taranaki Regional Council to identify areas were wildlife was at risk of attack and heard from conservation groups, iwi, the SPCA and dog owners before Councillors passed changes to the Dog Control Bylaw on 8 March.

DOC noted that they had received two reports of dog attacks on seals in this area in the last six months. Dotterel Defenders, the Ngā Motu Marine Reserve Society and other submitters noted that there is a New Zealand fur seal breeding colony in the new leash-control area below Paritutu Rock and 57% of the 332 people who gave feedback supported the new rules at Back Beach.

Dog owners can still let their pets run free on most of Back Beach but they will have to leash them in two areas:

“We’ve tried to strike a balance between giving responsible dog owners more freedom with their pets and protecting our precious native wildlife and environment. We’ll be out on the streets and walkways and beaches to see that people understand and respect the new rules,” said NPDC Group Manager Community and Customer Services Teresa Turner.

The changes also include the opening of a loop walk for leashed dogs around Lake Mangamahoe, plus tightening dog-walking rules on the coast between Te Henui and Waiwhakaiho. Councillors decided against allowing dogs on leads into New Plymouth city centre. The new rules come into force on 9th April.