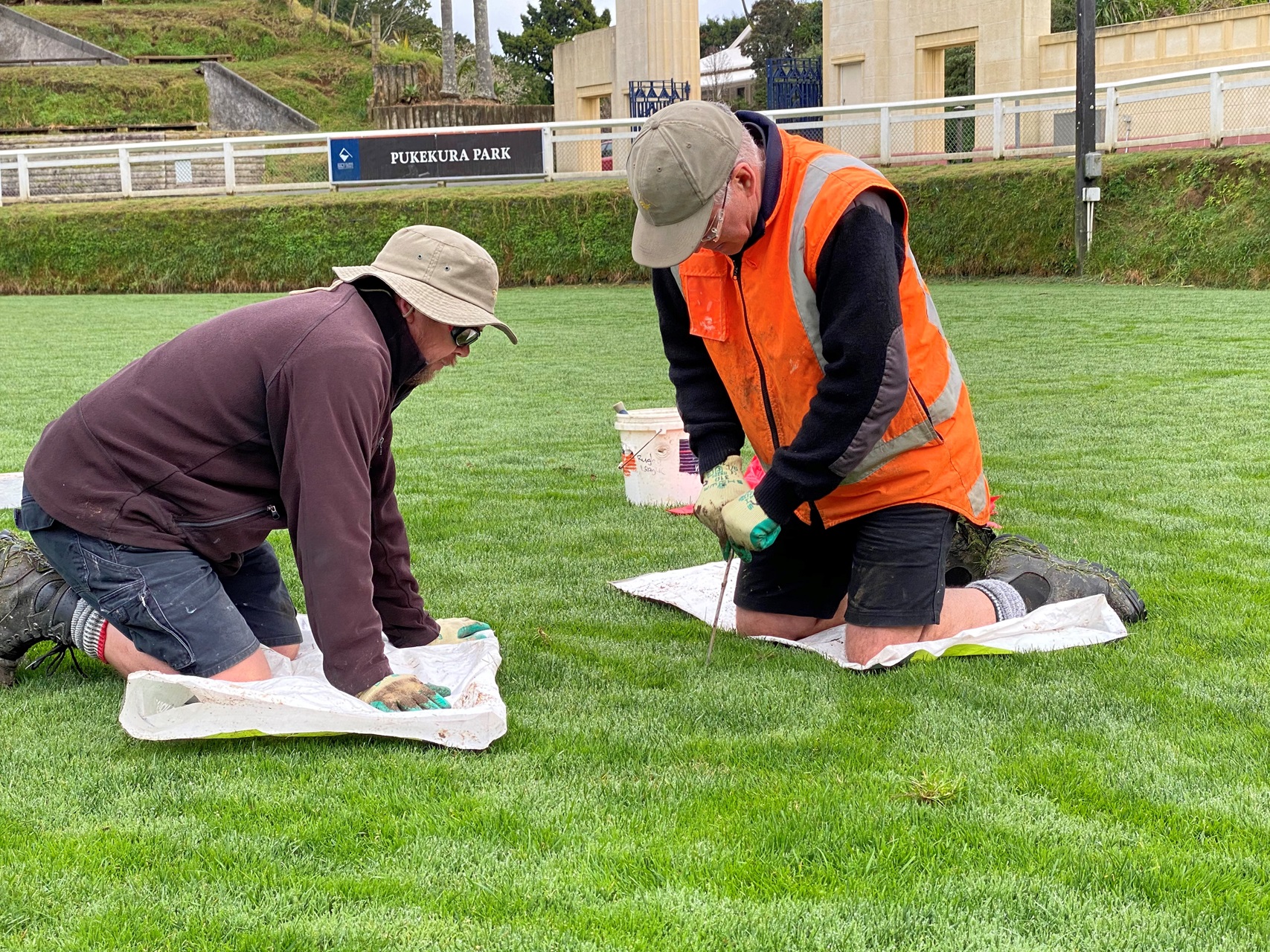 The historic wooden rugby posts are in, the playing lines are marked out and the iconic Pukekura Park is soon to be filled for Saturday’s national provincial championship match between Taranaki and Hawke’s Bay.

NPDC’s Pukekura Park head groundsman Craig Hitchcock, along with senior groundsman Aaron Lim, have done all the mahi on the world famous venue ahead of the match which is expected to attract a sell-out crowd of 4500 fans.

“We’ve just put the goal posts up, they’re the old fashioned ones that we’ve bolted together,” he says.

“These posts go back to the 1930s and fit the old sleeves in the ground. She’s a lovely old ground and that’s the real attraction for a lot of people, the history of this fantastic sports field.”

The playing surface has had a decent break, with the last cricket matches played on it in late March allowing the grass to fully recover.

“It’s been really wet this winter but the (cricket) block is looking good and the outfield is okay,” Hitchcock says.

Having overseen the work on the ground for the best part of two decades, Hitchcock has seen his fair share of sports being played on the iconic venue, described by Wisden as one of the six best cricket venues in the world.

While best known for hosting cricket, including a 1992 World Cup match, Pukekura Park has also been the venue for rugby league, football, hockey and rugby up until the late 1930s, including a famous scoreless draw between Taranaki and South Africa.

Taranaki and Hawke’s Bay will have their first chance to run onto Pukekura Park for a traditional captain’s run the day before the match.

“People have been talking with me and Aaron for the last couple of months about the game, it’s created a real buzz out in the community,” Hitchcock says.

“It will be something different and there’s one good thing about rugby - if it rains on the day it’s not ideal but at least we don’t have to worrying about chasing covers and having umpires calling out to us.”

As for the dimensions of the ground, it’s actually wider than Yarrow Stadium, but the dead ball areas will be noticeably shorter, with just 6m afforded at either end.

Any remedial work on the ground will be done after the match as Hitchcock and Lim turn their attention to getting the ground ready for a busy summer of cricket ahead.