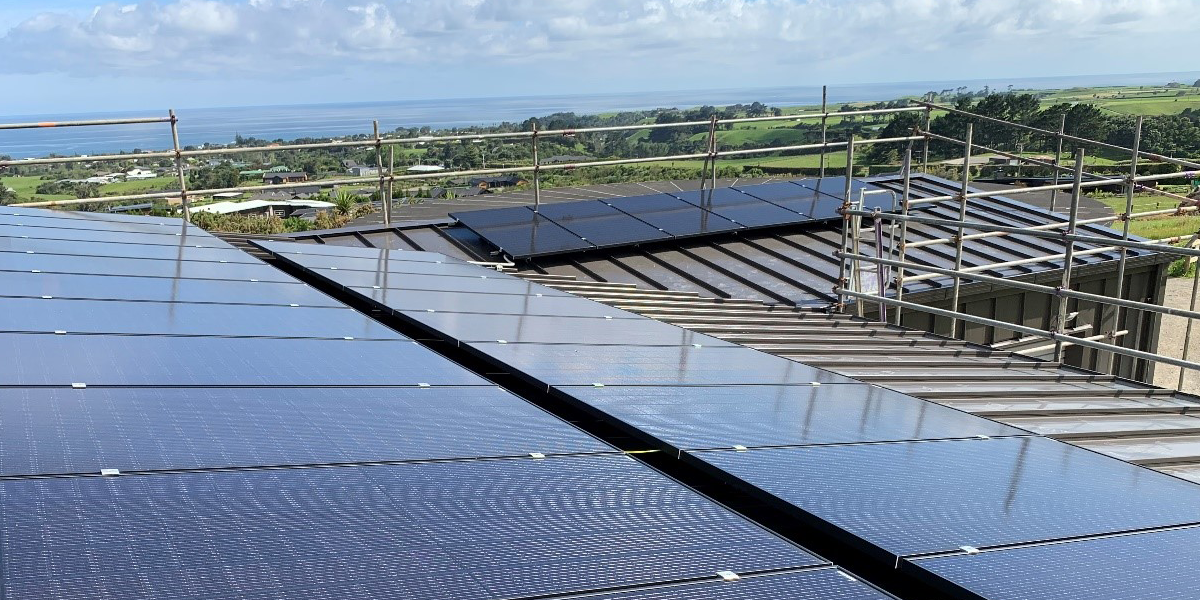 Shining the light on the Ōākura Water Treatment Plant

NPDC is calling on the power of the sun to help operate a water treatment plant.

Twenty-eight solar panels have been installed at the Ōākura Plant.

Over their 25-year life the panels will reduce the plant’s CO2 emissions by about 33,000kg – and will have paid for themselves after 15 years, says NPDC Three Waters Manager Mark Hall.

“We expect the panels to provide about 10% of the treatment plant’s energy needs every year – that’s a saving of about $3,000 annually,” says Mark.

“This site is well-suited for solar power as it’s flat and north-facing. We’ll assess other Council facilities, as they need upgrading, to see which of them would also benefit from having solar panels installed.”

NPDC’s efforts over the years to reduce its energy use has twice resulted in national awards from the Energy Efficiency and Conservation Agency (EECA).

The largest project to date has been the replacement of all streetlights in the district with LEDs. That work finished in 2019 and will reduce carbon emissions by 6,000 tonnes, as well as saving more than $6.5 million in electricity over the next 20 years.

According to the International Renewable Energy Agency (IRENA), installing solar at commercial sites has become more feasible with costs dropping about 80% during the last 10 years.