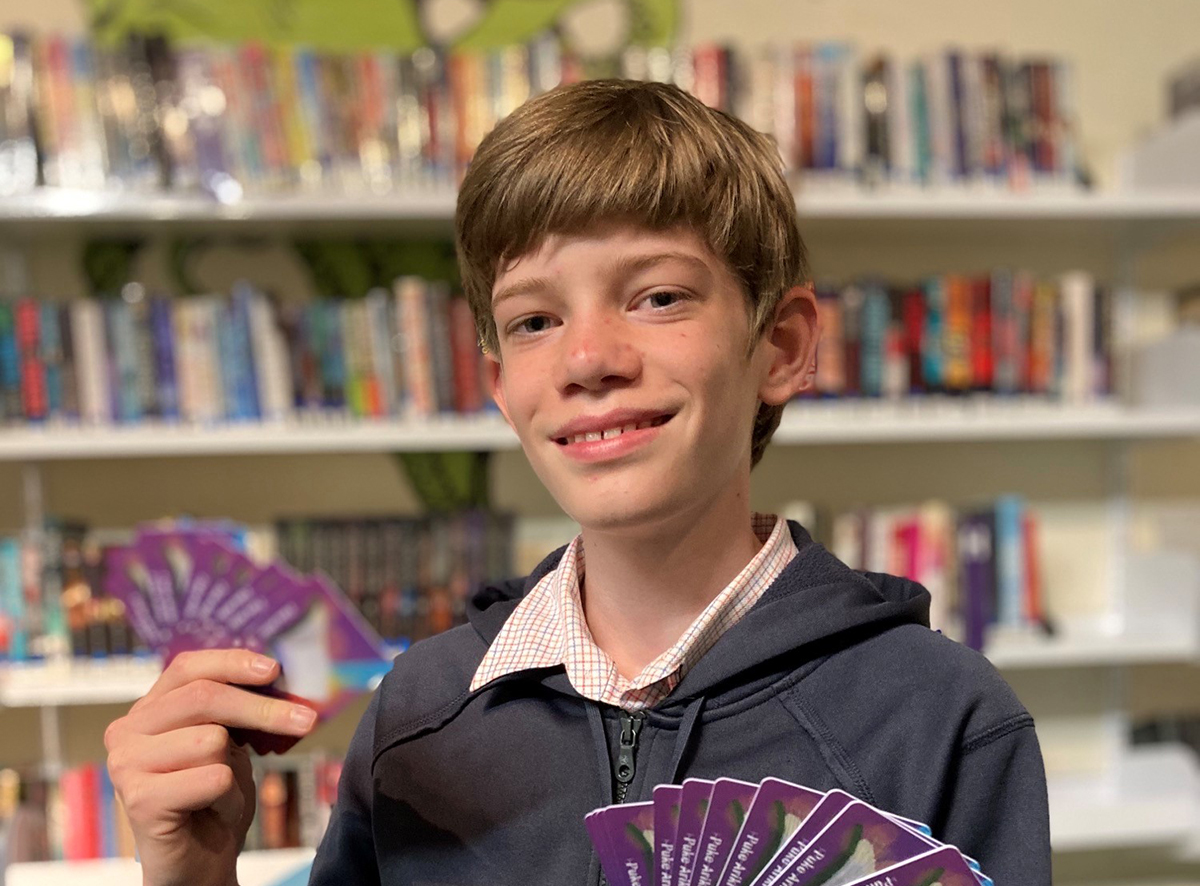 Thousands of bright new NPDC Puke Ariki library cards are ready to be issued to bookworms throughout the district.

“We know people love to take out a lot of books at a time from our extensive collection so this will save them time,” she says.

The cost of the new cards has been funded by New Zealand Libraries Partnering Programme so there will be no cost for members to upgrade.

The final design of the cards was decided after a competition was run earlier this year. There were three sections people could enter – Child, Teen and Adult – with more than 250 would-be artists putting their designs in for consideration.

A self-confessed bookworm, Oliver has used the library for as long as he can remember and was proud his design will be one of three which will feature on more than 22,000 new cards.

He says he tried to bring in plenty of colour to his work which featured Mt Taranaki in the centre of his art while Jan’s piece featured an open book with a backdrop of colours he felt signified the district.

Covid-19 restrictions prevented Jan, an architect, from returning to his home country so he decided to work his way around New Zealand, including a stint in New Plymouth where he entered the New Plymouth District Council competition.

The old cards, which were first issued in 2003, will be used at Puke Ariki for craft sessions during its school holiday programme.