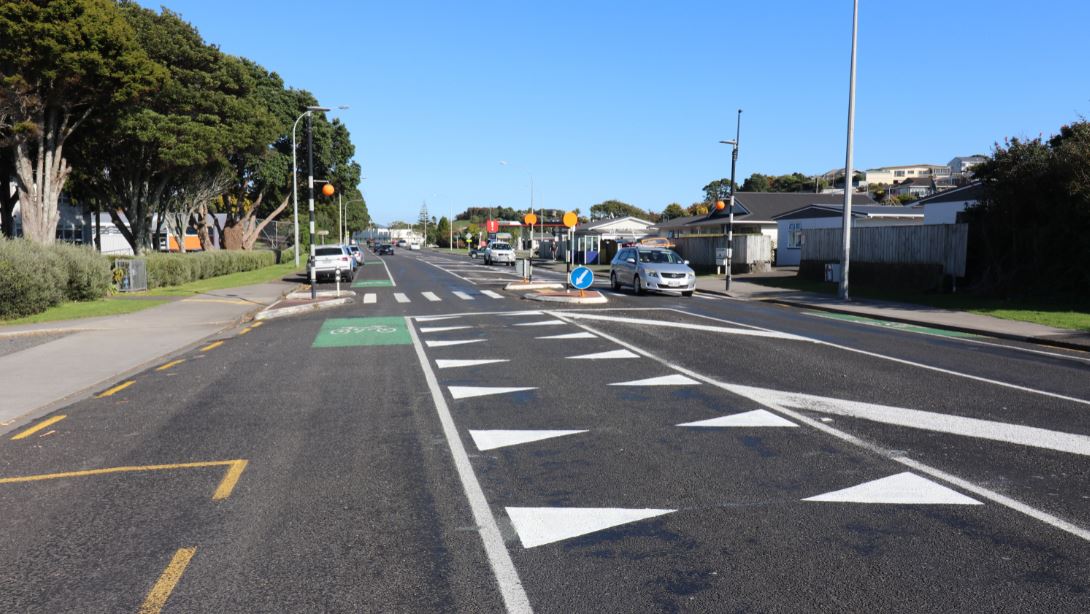 Here be dragons – but just their teeth!

NPDC is one of just five New Zealand local authorities taking part in the trial of the distinctive markings which are already a familiar sight outside schools in the UK and parts of Australia.

“All five councils will collect data until the end of the year then evaluate how effective the road markings are in changing driver behaviour.”

Trial sites are also in Auckland, Hamilton, Christchurch and Dunedin.

The dragon’s teeth will feature first outside Spotswood School, and then Moturoa, after Let’s Go finishes upgrading the streetscape outside Moturoa School as part of a programme of safety improvements.

“Getting the physical road environment right in high-risk areas, such as school pick-up and drop-off areas, can lead to greater safety for some of our most vulnerable citizens, like schoolchildren,” says Ms Smith.