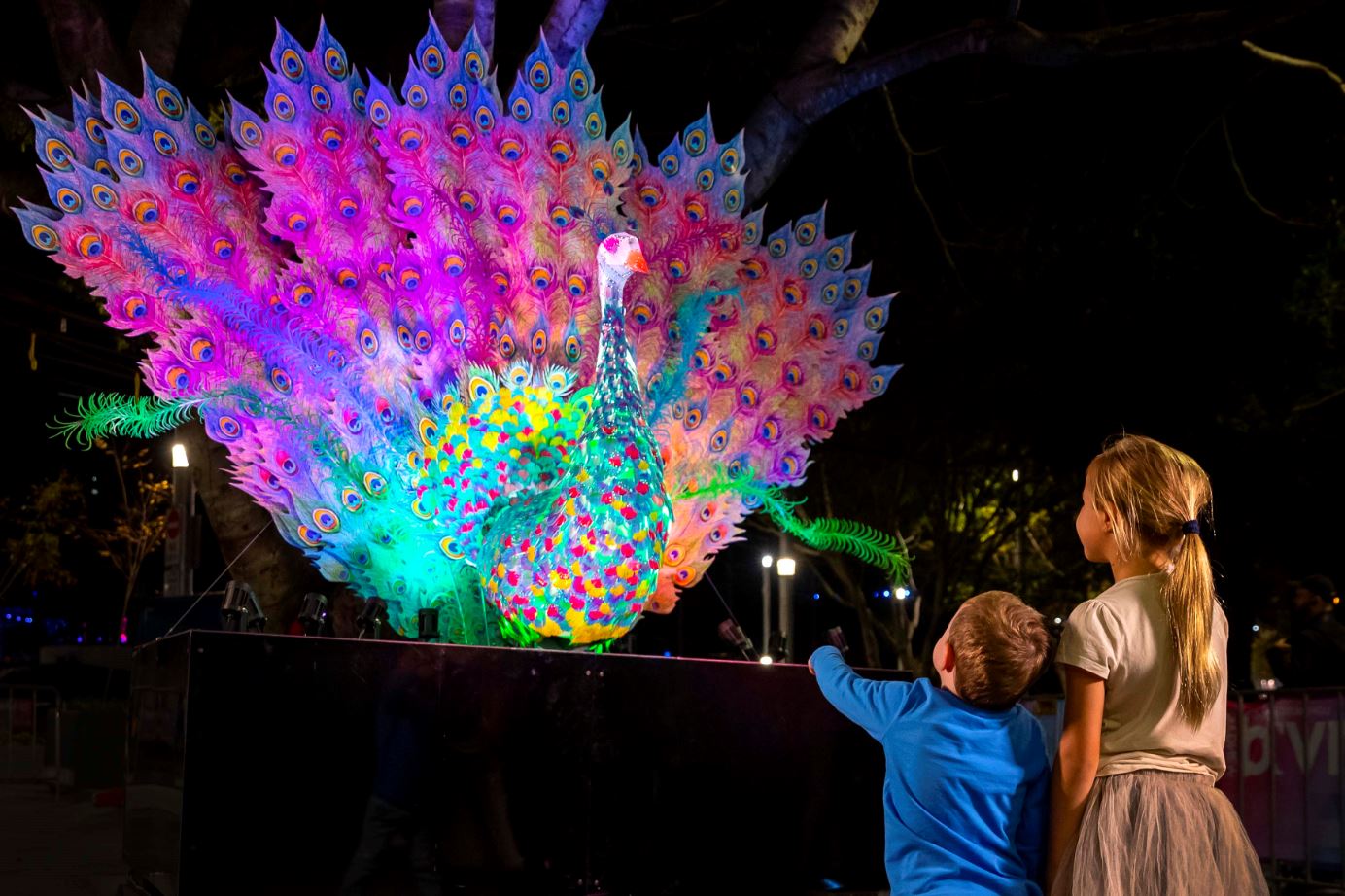 Located in the world-class Pukekura Park, the lights come on every night from 8.30pm to 11pm, rain or shine, from Saturday, 14 December. The last night of the NPDC-run festival coincides with Kiwi legends Six60’s sold-out show at the TSB Bowl of Brooklands on 1 February.

An estimated 125,000 will attend with thousands coming from outside of the New Plymouth District just to visit the festival. It brings an estimated $5 million in value to the economy each season.

“There are 14 new light features – a new record for the festival – and visitors will be dazzled, delighted and entertained,” says NDPC Recreation and Culture Manager Teresa Turner. “We’re also thrilled to be bringing five displays to our festival this year which have been showcased at the international light show, Vivid Sydney.

“The NPDC team has done an absolutely fabulous job in bringing new and highly original displays to our stunning Pukekura Park. There’s also something for everyone to enjoy with Summer Scene for kids, Summer Seniors and the return of the New Year’s Eve celebration while Woofstock will be great fun for dog owners.”

As well as 14 new light features, there is something for everyone over the 50 days and nights of the festival with Summer Scene for youngsters, Summer Seniors, Woofstock, Light Bites, entertainment from local, Kiwi and international acts and the Powerco Lights Up the Night New Year’s Eve event.

Trumpet Flowers
You’ll feel as if you’ve shrunk when you enter this super-sized trumpet flower garden. Press the buttons to make your own music.

HYBYCOZO
Welcome to HYBYCOZO; the Hyperspace Bypass Construction Zone. You’ll be drawn in by these stunning large-scale installations, which investigate geometry through light, shadow, and perception. Birds of Lumos
Watch as these wonderful kiwi come to life, glowing and pulsating different colours through their light-globe bodies. Summer Seniors
The programme for seniors has become a mainstay of the festival and this year has rock’n’roll at the Bowl, Tai Chi, a brass band, art in the park and the chance to learn creative floral design. Woofstock
Pooches are invited to the park on 18 January for the first ever Woofstock! This daytime event will have dogs dressed up in 60s outfits and there will be prizes for best-dressed dog as well as Pilates for Paws and Parkour.

Entertainment
From 26 December to 19 January, more than 50 home-grown, Kiwi and international acts will entertain festival-goers at the Hatchery and Fred Parker lawns. See the event programme or head to festivaloflights.nz for all the details.