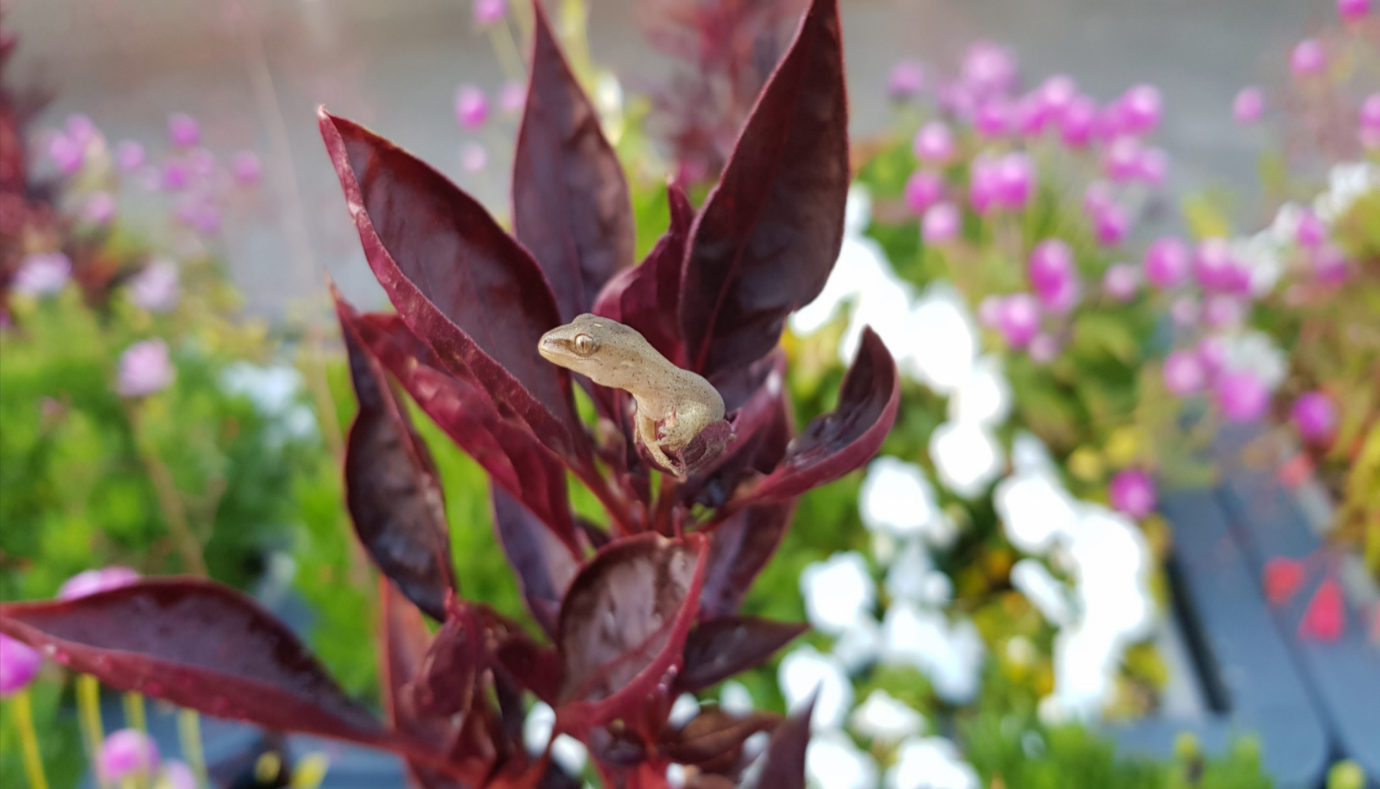 Conservation right from the gec-ko

NPDC horticulturalists recently found an endangered species walking in an urban public garden in the district.

The Goldstripe gecko (Hoplodactylus chrysalisus) are found only on Taranaki’s coastal fringe and pest-free islands near Wellington.

“These little guys are declining in numbers and it was really surprising to see one pop up in front of us,” says Parks Services lead Conrad Pattison. “We left him to it and thought it best to not interfere in his travels.”

Goldstripe geckos are a threatened endemic New Zealand species and listed as ‘at risk’. They measure up to 140mm in length and weigh up to 13.5 grams. The tail is equal to the body length.

Mostly nocturnal, they feed on small insects and invertebrates and can live in a range of habitats including forest, wetland, scrub, coastal vegetation and farmland.

By planting native vegetation such as flax on your property, and controlling predators such as feral cats, rats and stoats, we can enhance habitats and help protect gecko populations in Taranaki.

NPDC is meeting with interested parties such as the Department of Conservation, Taranaki Regional Council, Taranaki iwi and the New Zealand Herpetological Society to discuss identifying habitat, gecko species and how they can rehome native skinks and geckos to safer areas when they remove vegetation from NPDC parks.

Photo: Goldstripe gecko getting amongst flora in a CBD garden.