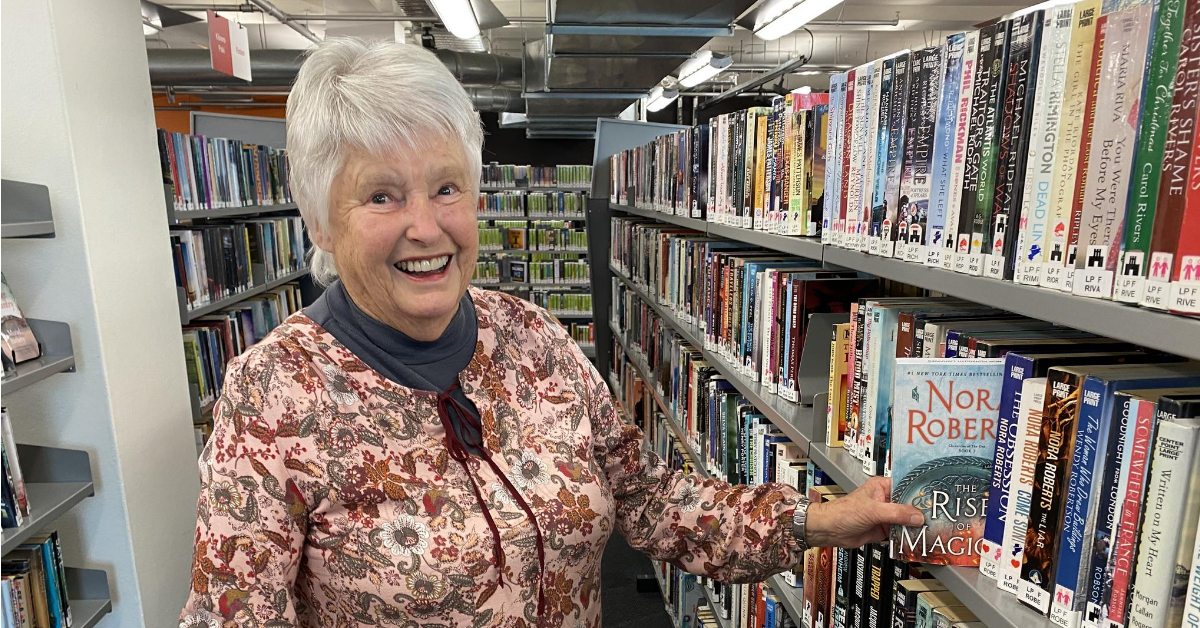 Kaddy Smale is an everyday hero despite most of her work going undercover.

The sprightly 77-year-old grandmother is at the forefront of choosing books for the Housebound Readers Service and her experience and instinct has made her a favourite to many who can’t make it to one our district libraries.

Her 45 years of service to a range of volunteer groups, including Puke Ariki, was recognised last year when she was named as one of NPDC’s Local Legends and now she wants to see other people’s good work recognised.

“The award opened my eyes to other sections of our District and how people are pulling together,” says Kaddy. “We’ve got so much here with the Maunga and the coast and we have a very supportive residents. So many people contribute in so many different ways and I couldn’t think of a better place to live.”

New Plymouth District Mayor Neil Holdom says Local Legends are about people who go above and beyond to make a real difference to our home.
“They’re total legends who help us keep our Sustainable Lifestyle Capital moving. Tell us if you know an everyday hero who’s been working hard behind the scenes? Who’s the rock in your world?  Help us recognise them with an NPDC Local Legend award,” says Mayor Holdom.

The Local Legends – or Citizens Awards – have been given to up to 12 people annually since 1979. Previous winners have come from across the District, representing environment and conservation causes, volunteer and charitable groups, rescue services, the arts, health and other fields.

They include David Chadfield – better known as “Chaddy” and former owner of Chaddy’s Charters – who has been a champion for our coastal environment, as well as Suzanne Smithers, whose Body & Soul charity has helped feed thousands of struggling Taranaki families.

The winners are named and presented with their awards at a ceremony in New Plymouth.

Nominations are open until 16 June and can be submitted in an online form or in writing, with nomination forms available from the NPDC Civic Centre, Liardet Street, New Plymouth: 06 759 6060 or email enquiries@npdc.govt.nz