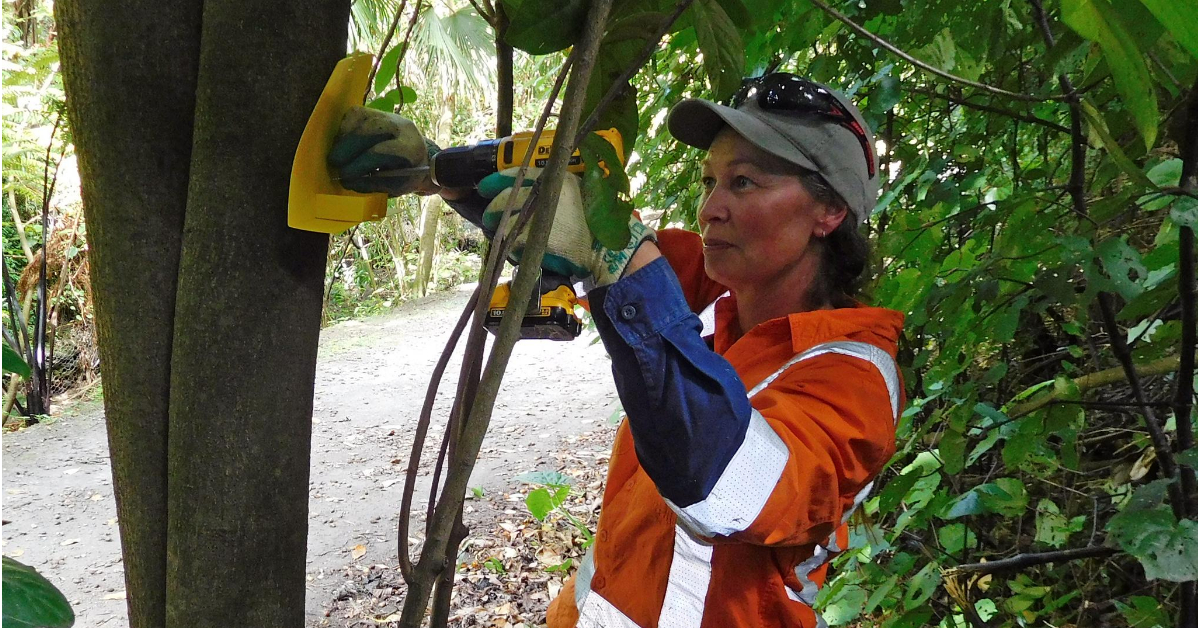 A series of wasp-killing bait stations is helping us take the sting out of summer.

More than a hundred stations are being set up in 15 parks, reserves and walkways around the New Plymouth District.

“At this time of year, wasps are out and about finding food and taking it back to their nests – but when they take back this bait, it’ll kill them all off,” says NPDC Coordinator Horticulture Kane Rangi.
“Wasps can fly up to a kilometre in search of food so even though these bait stations are on public land, some wasps will be going back to nests that are on private properties and potentially causing problems around homes.”

Our staff are trained on both use of the poison and wasp behaviour so that the stations are placed where they are most likely to attract the insects. The bait being used isn’t eaten by bees so won’t cause any issues for residents with bee hives.

“We’re targeting both German wasps and common wasps. We look after more than 1,600ha of park and reserve land in our district and we’re placing these bait stations in areas that have a lot of public use and are likely flight-paths for wasps,” said Kane.

We have been receiving about 10 complaints a week about wasps. Wasps pack a sharp sting, but the introduced pest also competes for food with native species.

The baiting programme will run for about another month, during the wasps’ busiest time of the year and before new queens begin to hibernate.

To find and kill a single wasp nest on your property