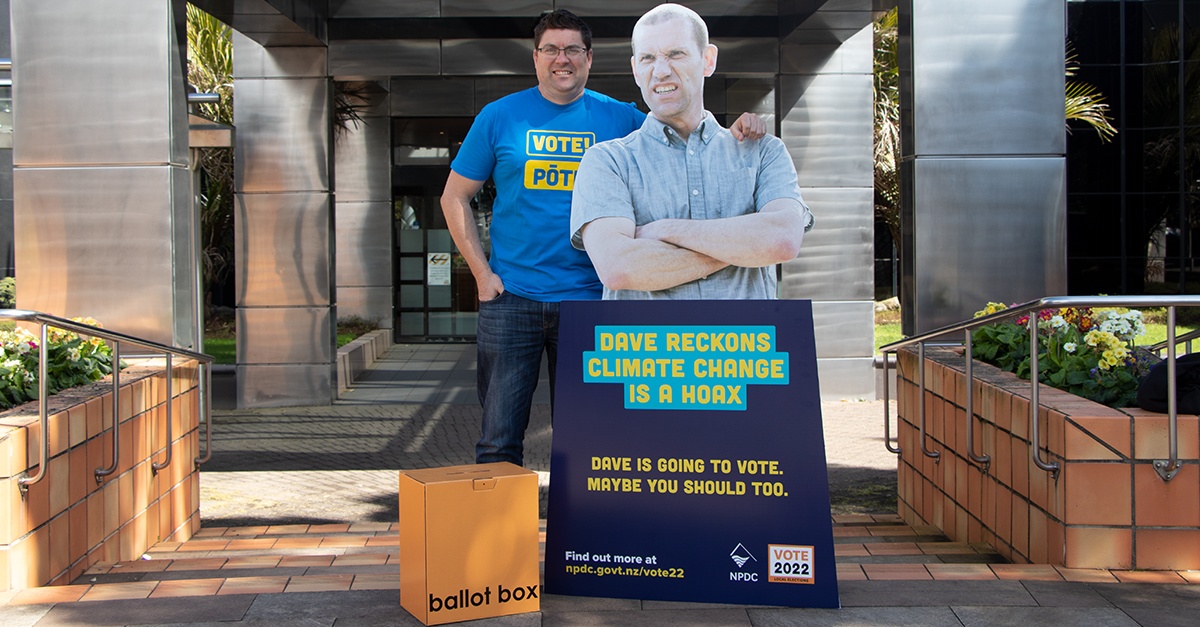 Voting in the New Plymouth District Council elections is free and easy, but not voting is a gamble on the future of our district.

Our Mayor and Councillors, including Te Purutanga Mauri Pūmanawa (Māori ward), and community boards will make some big calls on how our district evolves over the next three years so it’s important to have your say by voting, said NPDC Marketing, Communications and Design Lead Ben Kohlis.

“They’ll decide how much you pay for a swim at the pool, the cost of dog registration or what you can build and where, as well as choosing how to spend our $185 million budget and what happens to $3.5 billion in assets.

“The most important part of their role is the overall strategic direction on issues like Three Waters, as well as flagship projects such as the Tūparikino active community hub and the Coastal Walkway,” said Mr Kohlis.

Voting papers started arriving in letterboxes and votes can be made up until midday on 8 October.

“Less than half of registered locals voted in the 2019 election, so we’re making it easy so that there’s no excuse not to vote.  Voters can see where the candidates stand on some of the big topics on our Know Your Candidates page, which has had more than 81,000 views since it launched less than three weeks ago,” said Mr Kohlis.

As well as returning your voting papers by post, you can also put them in a ballot box at NPDC sites throughout the district, including all our libraries, Puke Ariki, Govett-Brewster Art Gallery, TSB Showplace, and the Todd Energy Aquatic Centre.

Pop-up ballot boxes will also be located at shops, McDonald’s, The Warehouse, and supermarkets from Urenui to Okato on 1 October.

NPDC’s election campaign was developed over months and included ‘Stand for Election’, ‘Know your Candidate’ and ‘Vote Now’ phases to encourage voter turnout, which tested positively with focus groups.

“The ‘Vote Now’ phase highlights views held by some people, which others may or may not share.  Either way if you don’t vote, you might be helping someone who has very different views to you get elected as one of your representatives for the next three years,” says Mr Kohlis.

The campaign will be rolled out in different ways over the next few weeks.

Go to npdc.govt.nz/vote22 for full candidate list, where candidates stand on some of the big topics, vote box locations and how to vote

The positions voters will decide:​