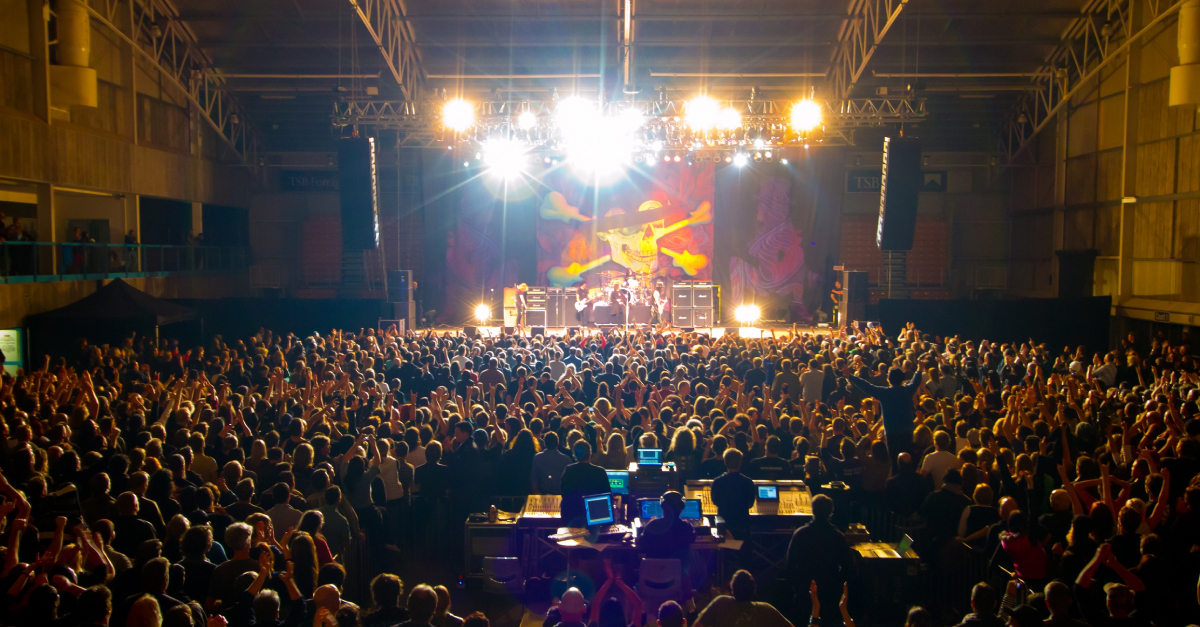 From Aussie rocker Jimmy Barnes taking to the stage in its first year to hosting some of the biggest acts in music, entertainment, and sport – NPDC’s TSB Stadium has seen it all in its first 30 years.

Since opening in 1992 there would be few Taranaki residents who haven’t been to an event at the stadium so to mark its first 30 years, we are throwing a birthday party at the venue on Saturday 29 October.

The free celebration between 11am-3pm includes an afternoon of giveaways, face painting, free food and entertainment and sports showcase.

There will also be a Taranaki All Stars exhibition basketball match which will see some of the district’s past top players dusting their shoes for a game alongside current and upcoming players. As well as a Taranaki North vs South Netball match at 12pm.

“New Plymouth had one of the top teams in the national basketball competition back in the early 1990s and TSB Stadium became their home court. It was often packed out, so we thought it would be great to relive some of that by putting on an exhibition match,” says NPDC TSB Stadium and Bowl of Brooklands Lead Eli Paurini.

TSB Stadium has played host to some of the biggest names in the music business during its time with Six60, INXS, The Beach Boys, Tina Turner, Pink Floyd Experience, and Jethro Tul - just some of the big acts to perform there.

With 2,200 square metres of uninterrupted floor space, it has meant even expos, corporate functions and conferences find the venue suitable. Plus, regular local sport hirers such as Spotswood Volleyball, New Plymouth Basketball Association and Netball Taranaki hosting competitions and trainings.

More than a concert and sports venue, the stadium’s success has been its versatility with various events such as Americarna, NZ Tattoo and Art Festival and Round the Mountain relay among the events hosted there.

“We are always looking to evolve the events at TSB Stadium, catering for a wide range of the community whether it be free or ticketed events,” says Eli.

TSB Stadium has had many highlights – here’s a taste of 30 events in 30 years:

Caption: Slash performs at a concert at TSB Stadium in 2010.