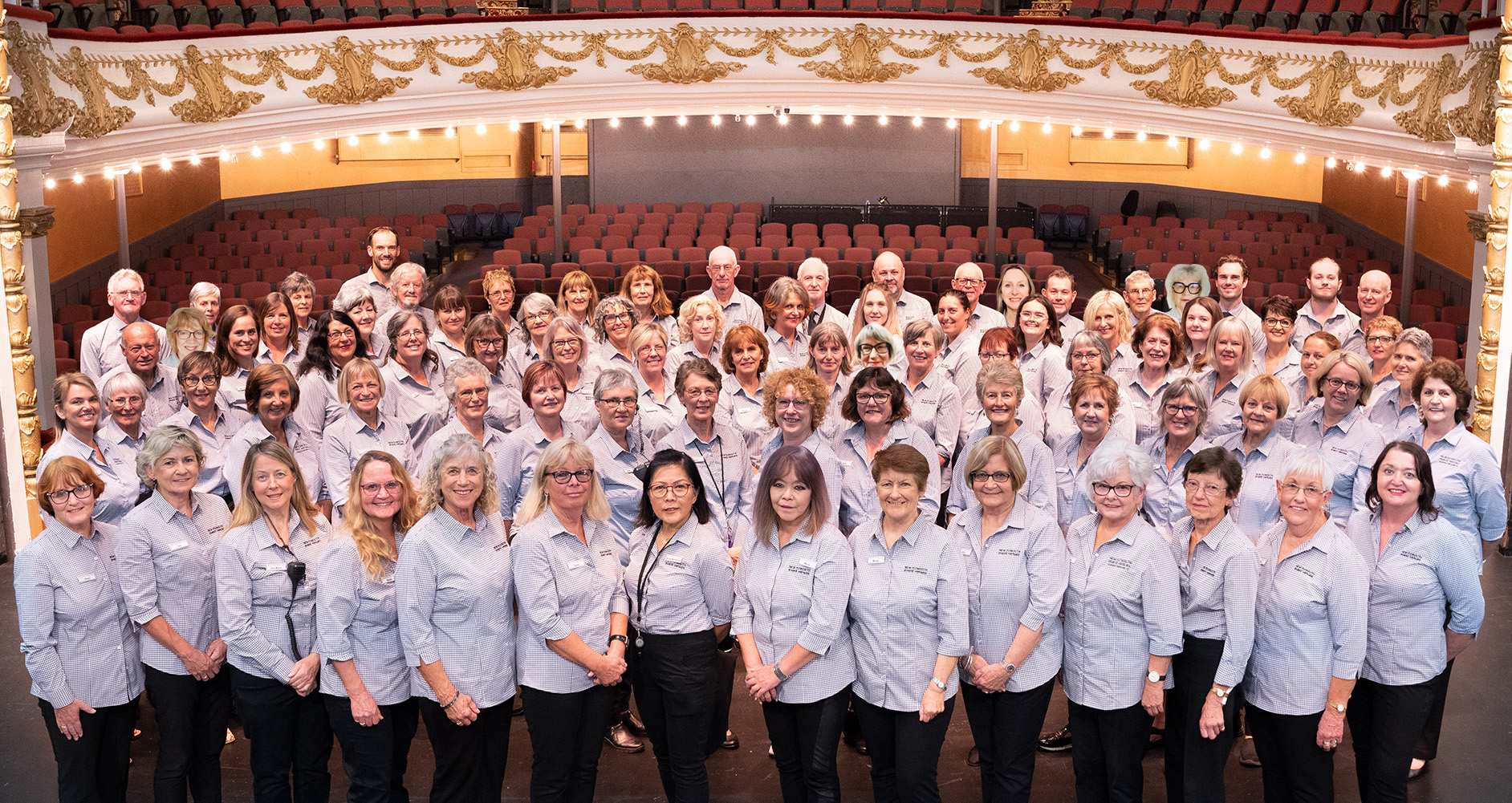 The smiling faces who greet you at shows and events at NPDC venues are mostly volunteers – and some of them have been giving up their time to welcome you for half a century.

The longest-serving Friends of the Opera House were given the Volunteering Team Award (2022) at the Volunteer Recognition Awards announced on Saturday.

They are part of the group of 90 core Friends who provide most of the front of house services at the TSB Showplace, and sometimes other council venues.

More than half of them have been volunteering for more than five years and were also acknowledged at the awards with a Long-Service Certificate.

TSB Showplace manager Sam Ryan says the Friends are the ‘life and soul’ of the theatre.

“The history and knowledge they collectively share along with a genuine passion for the arts is something really special.

“I’m honoured to be involved with a venue that means so much to community and it really wouldn’t exist today without a little help from our Friends.”

He said being recognised at the Volunteer Awards was timely, as this year marks 50 years since the Friends were formalised as a group. They were self-managed until 2018 when they asked NPDC to help out.

Cath Robinson, 75, has been volunteering with the Friends since she was 17.

“We greet and seat patrons, and see that they have a lovely night, and if there’s any problems, we help sort those out.”

“We do it because of our love of theatre,” she says.

It’s a devotion shared by many of her fellow volunteers, and in the 70s saved the Showplace from demolition – with Friends even mortgaging their own homes to rescue the building.

“That’s how staunch we are. That’s how much we love the theatre.”

They also love having the opportunity to contribute to the arts and the community.

“It’s giving back to the community to help someone as a volunteer.”