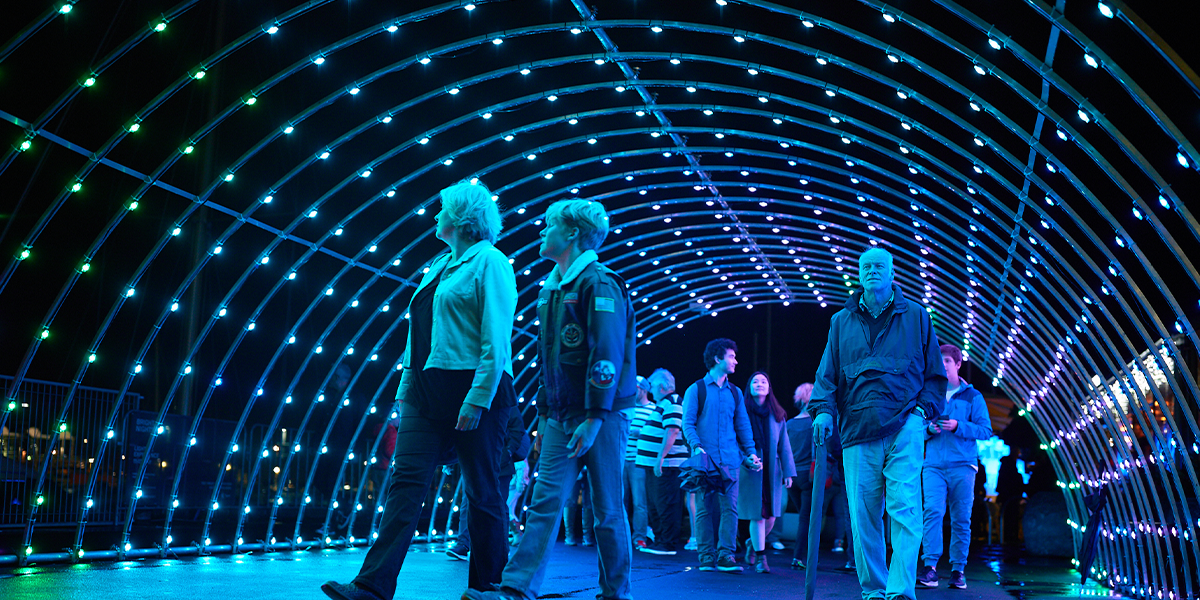 The stars are aligning for NPDC’s first ever first TSB Festival of Lights Winter Pop-Up on between 23 and 26 June, coinciding with the start of the Māori New Year.

The free festival courtesy of NPDC, features four evenings of spectacular lights around the Huatoki Plaza to the Coastal Walkway in central New Plymouth, accompanied by live performances, kai and whānau-friendly entertainment.

In addition to the Winter Pop-Up, Ngāti Te Whiti will lead a dawn ceremony to commemorate the rise of the star Puanga, an important time in the Māori calendar. Taranaki iwi observe this time of year as Puanga, while others recognise it as Matariki.

This year is the first time the Māori New Year, or Matariki is celebrated as an official public holiday in Aotearoa.

New Plymouth District Mayor Neil Holdom says it will be a great event for all to enjoy after a tough couple of Covid-impacted years.

“We’ve been working with mana whenua to light up the central city during this special time of Puanga or new beginnings, after the sadness of not holding our iconic TSB Festival of Lights due to Covid.

“This free event courtesy of NPDC will light up our central city for all to enjoy, with a mix of light features and top notch entertainment,” says Neil Holdom.

The full entertainment line-up and lighting trail details will be announced in the coming weeks here.

Image: Burrow by Angus Muir, which will feature in the TSB Festival of Lights Winter Pop-Up.