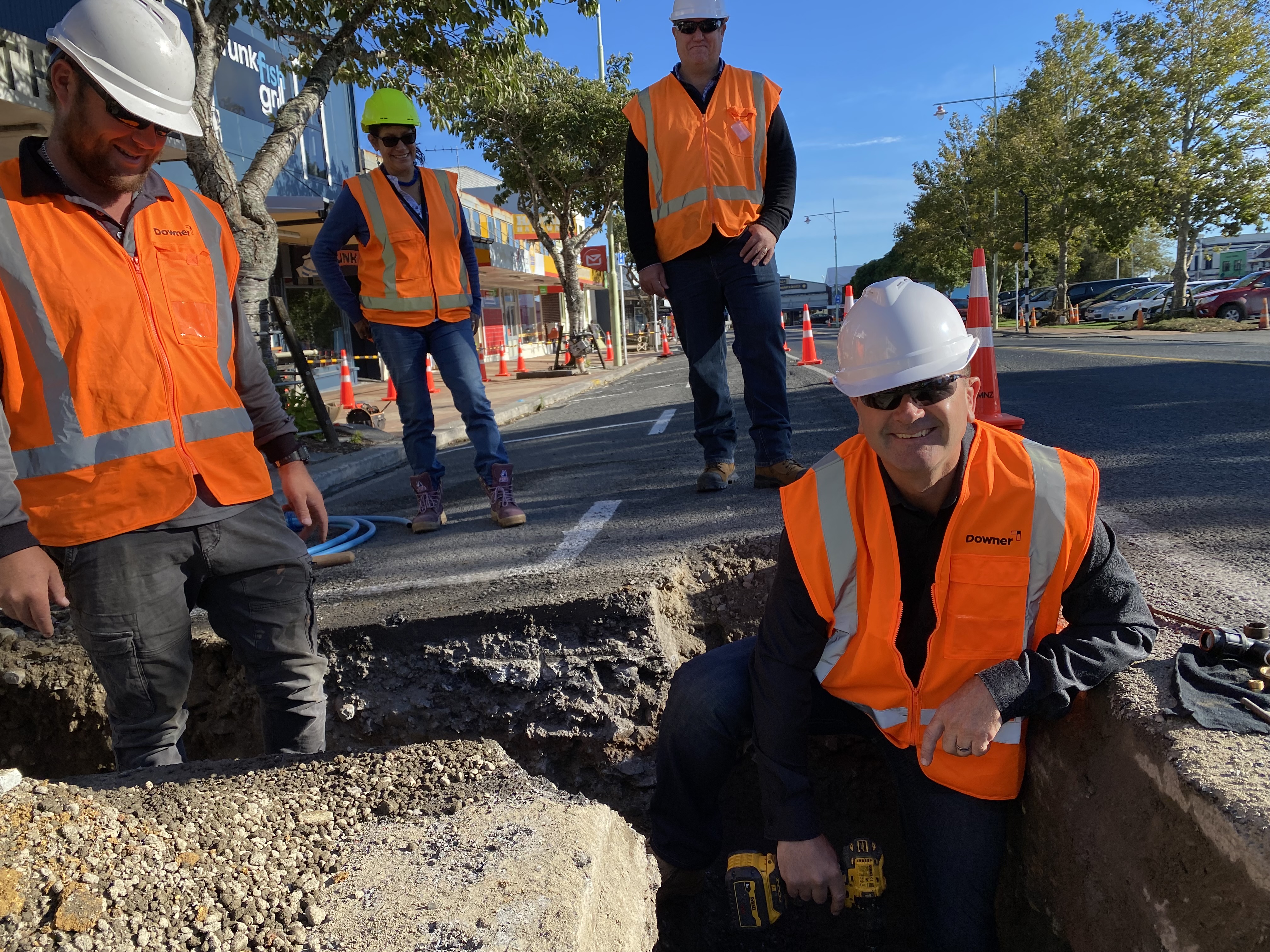 Have Your Say Lifestyle Local News Our Work Featured news

The long-standing issue of discoloured water coming out of the town’s taps has been resolved, with one-third of Inglewood’s water pipes replaced and the project coming in under budget. Minerals were settling on the bottom of pipes and then being stirred up when they were flushed as part of maintenance. Adding to the problem was the age of the pipes and their cast iron composition.

During the project, long-lasting plastic pipes have replaced 74% of the asbestos concrete pipes, 97% of cast iron pipes and 90% of steel pipes in Inglewood. In all, 15 kilometres (33%) of pipes have been replaced and the number of pipes in very poor condition has been reduced from 24% to just 6%. The final project cost is expected to be $10.6 million, below the planned $10.9 million.

“Our people have a right to expect safe, high quality drinking water from Council,” says Mayor of New Plymouth District Neil Holdom. “Fixing Inglewood’s discoloured water is a major project, as we tackle the district’s water woes by investing $248 million over the next decade to Fix the Plumbing.”

“It’s required careful planning, a lot of coordination with residents and businesses, and the patience of locals when their streets were disrupted during construction,” he says. “The number of complaints about brown water in the town is almost zero and that is exactly the result we are working towards for locals who have had to endure the issues for a very long time.”

In October last year, two $18 million water reservoirs on Henwood and Mountain roads were completed, adding the equivalent of 36,000 full bathtubs to the supply for Bell Block, Waitara, Lepperton and further north.

For detailed information on the project please click here.