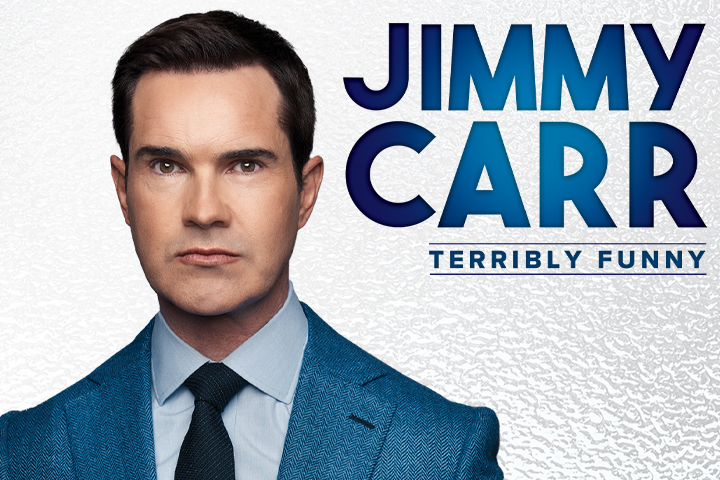 One of the best-loved comedians in the world, Jimmy Carr, has announced that he will be returning to the TSB Showplace on Wednesday 11 January 2023 and the NPDC owned venue is the very first stop on the comedian’s NZ tour.

The performance is part of a 12-date visit to Aotearoa for Carr's Terribly Funny tour and is a coup for the 955-seat theatre, which previously hosted the comedian in 2018.

“It’s pretty special that we’re the first stop of Jimmy’s NZ tour and we’re delighted to welcome him back. It’s fantastic to have another international act coming to the region over summer, the perfect opportunity to take visiting friends or whānau out for dinner in our city centre, followed by a night of laughs with a world-class entertainer”, says Teresa Turner, NPDC’s Group Manager, Community and Customer Services.

Tickets to see the outrageous comedian, known for his deadpan delivery, go on sale 9am Monday 27 June via Ticketek, or sign up to Encore (TSB Showplace database) for early access to tickets on Thursday 23 June 2022.