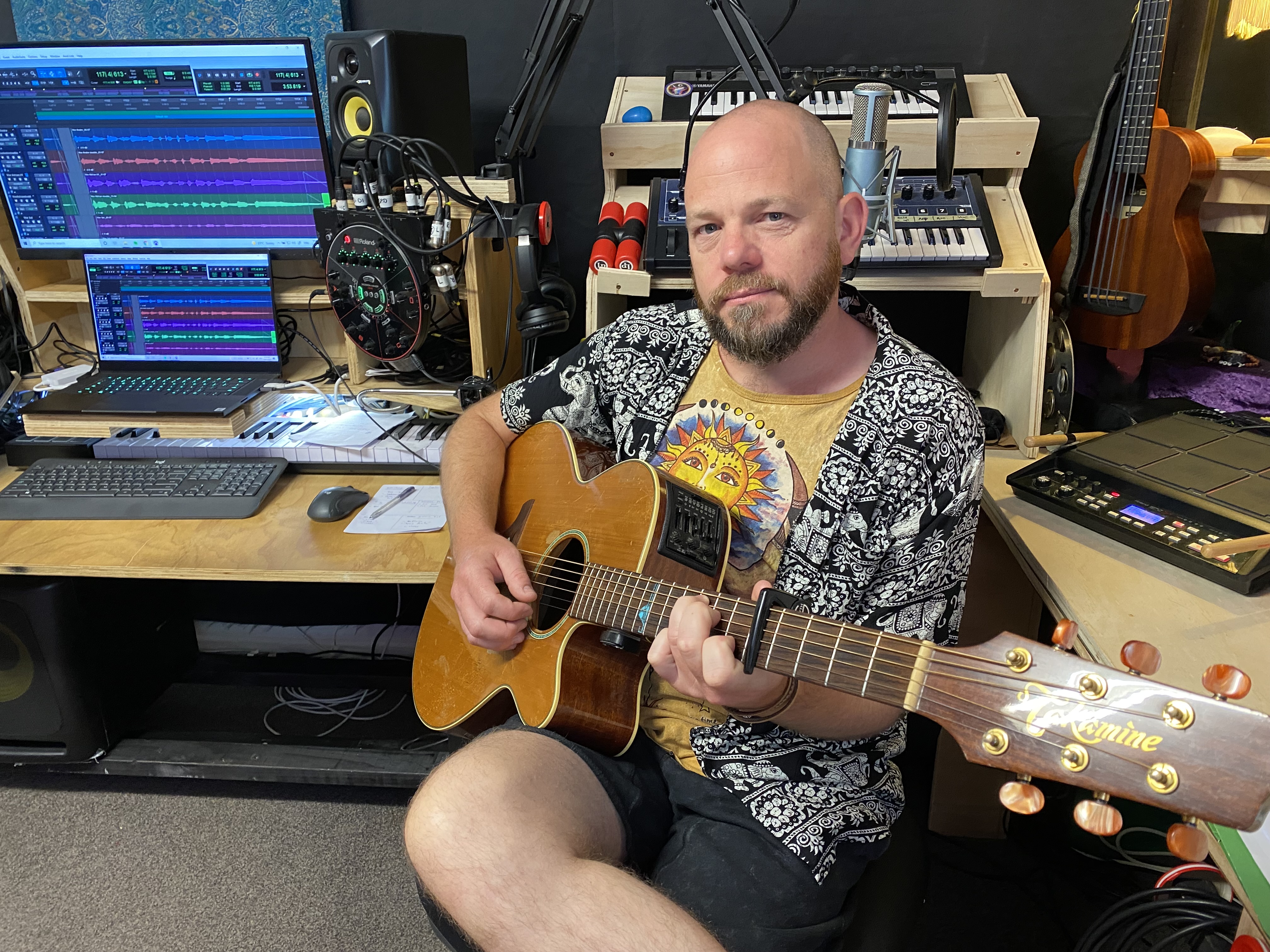 Next time you’re enjoying a live gig from some new local talent, it could be thanks to Andre Manella and NPDC’s Creative Communities Scheme.
Over the last two years, the scheme has helped Andre create around professional videos and recordings for about 30 music acts at his New Plymouth studio to promote new Taranaki talent.
Andre, who’s also known for his one-man band, Sonic Delusion, has received almost $7,000 in three grants over the last two years for the Pop Up Recording Studio to encourage original music from Taranaki musicians.
“The Creative Communities Scheme means we get to grow our local music scene by giving musicians professional videos and recordings to show venues and event organisers what they can do. It’s a tool so they can further their careers,” says Andre.
“We trying to push the local music scene to the next level so we can grow together. To have the funding available locally through NPDC’s Creative Communities Scheme, rather than competing on the national stage, is a great advantage.”
Creative Communities funding is open to applications now and closes on 20 February. Find out more here