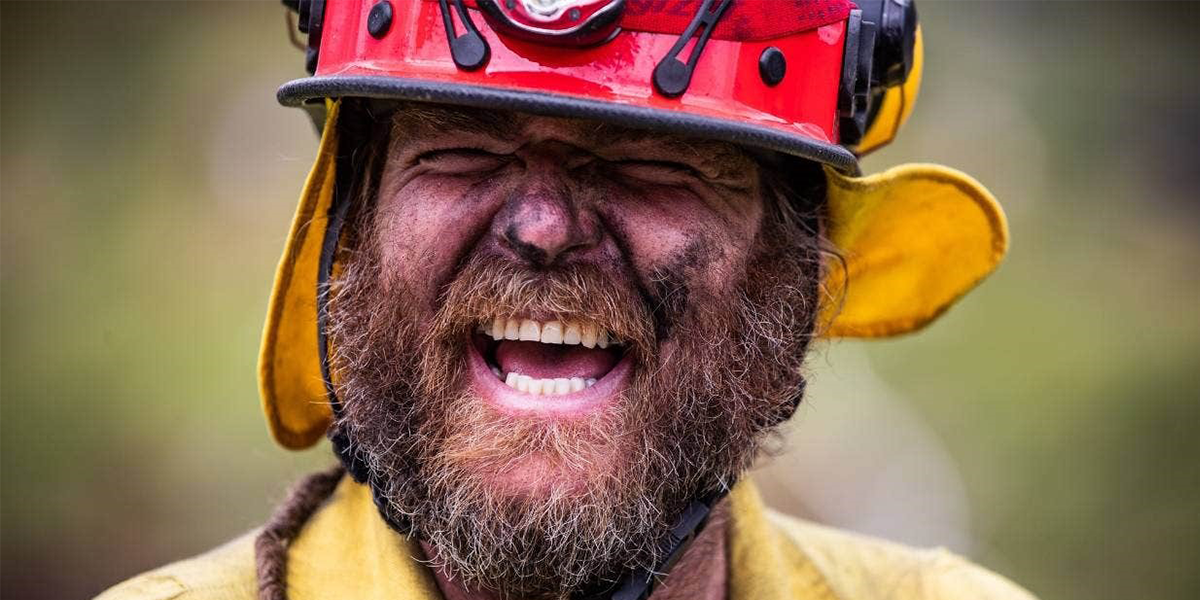 He’s checking on some trees at Waitara Marine Park but just the day before he spent 14 hours helping put out a forest fire at Waitaanga, on the Taranaki/Manawatu boundary.

“My Dad was a rural fire fighter so I was always keen on joining. Rural Fire used to be part of the Council before Fire and Emergency NZ was formed, and I knew a couple of guys on it so I joined up – that was about five years ago,” says Josh.

“It’s a good way to give back to the community.”

Josh has spent more than 20 years in horticulture and arboriculture, and this is his second stint with NPDC.

“I just love nature,” he says. “I grew up in forest areas and always loved being outdoors, so working in arboriculture was just a natural progression.”

His tree knowledge comes in handy at rural fires. Before a fire is tackled, Josh identifies any dangerous trees for his team to remove, to improve the firefighters’ safety.

But as dangerous as our fires can be, they’re nothing compared to what happens in Australia – as Josh got to experience in 2019 when he flew over to help combat bushfires in Tasmania which burnt more than 200,000ha.

“Our biggest fires since the 1950s was the Nelson/Tasman Pigeon Valley fire in 2019. This finished in March 2019 burning 2400ha of its surroundings – but the spot-fires I worked on in Tasmania were larger than that.”

“In Nelson fire fighters would be flown over the burnt-out area and it’d take five or ten minutes to get to where we would be dropped off; in Tasmania, it’d take 40 to 50 minutes. It’s a big jump comparing 30 to 50 hectare fires in New Zealand to 250,000 hectare ones in Australia.”

“The scale of their fires are at a whole new level.”