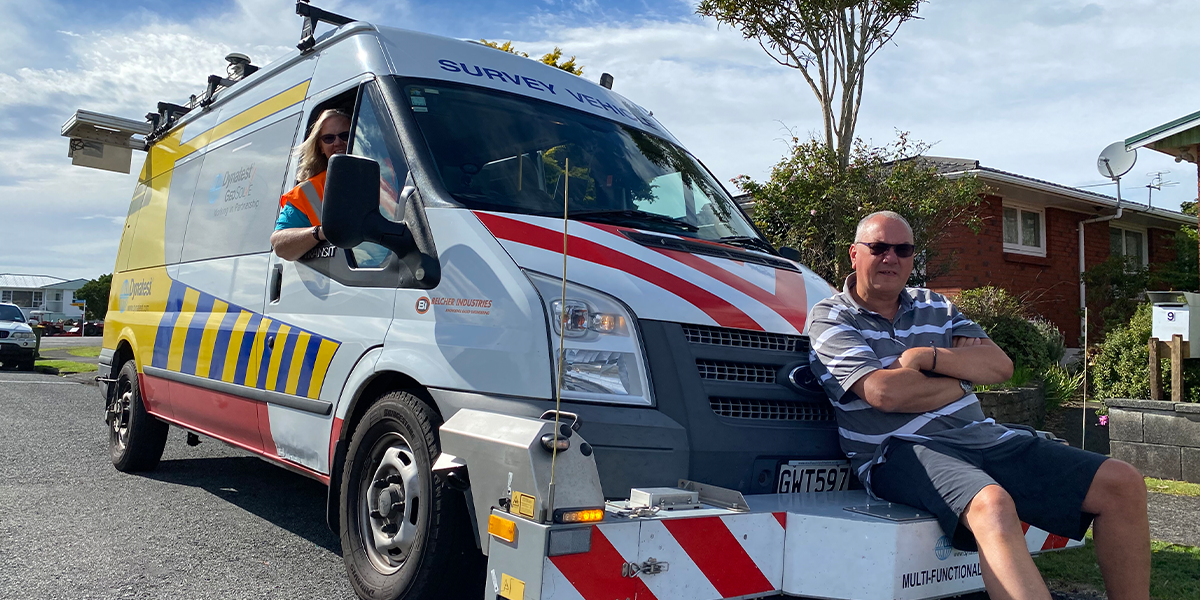 NPDC’s High-tech testing just the medicine for our roads

Meet the road doctors – here to give our roads a high-tech check-up for NPDC.

If you’ve seen the GeoSolve vehicle with its flashing lights cruising our roads recently, you’d be forgiven for mistaking it for an ambulance.

In fact, the vehicle, with its high-tech array of equipment to diagnose safety and repair problems, is the only one of its kind in the country and it’s here for the first time to test the health of our roads for NPDC’s annual smooth travel survey.

“We maintain about 1,300 km of roads across the district at a cost of about $20m a year, so having a highly detailed picture of their condition will get us the jump on repairs before they became major problems, which saves time and money in the long run and makes driving safer,” said NPDC Transport Manager Rui Leitao.
“This is the most advanced equipment we’ve used for the annual survey. The GeoSolve vehicle is highly accurate and it’s all done at normal traveling speeds,” he said.

The huge front bumper contains 17 lasers which take about 500,000 readings a second over a width of about 4 metres and a laser system at the back takes about 6,500 images a second and can spot 1mm cracks while moving at 100kph.

They’re combined with a constant flow of info from the GPS system, a distance measurer, cameras and a gyroscope to measure curves and bends to create 2D and 3D pictures of the state of our roads.

The seven on-board computers process the data to provide our engineers with a detailed picture of the road network, so accurate they can see if cracks and bumps are getting worse year on year and plan their maintenance ahead of time.

The crew, Ger and Glenys Nijenhuis, are enjoying their 2-3 week working road trip around north Taranaki.

“There’s a lot of nice wide roads here with not many cars parked on the sides so it’s fairly smooth traveling. We’d love to come back,” said Glenys.