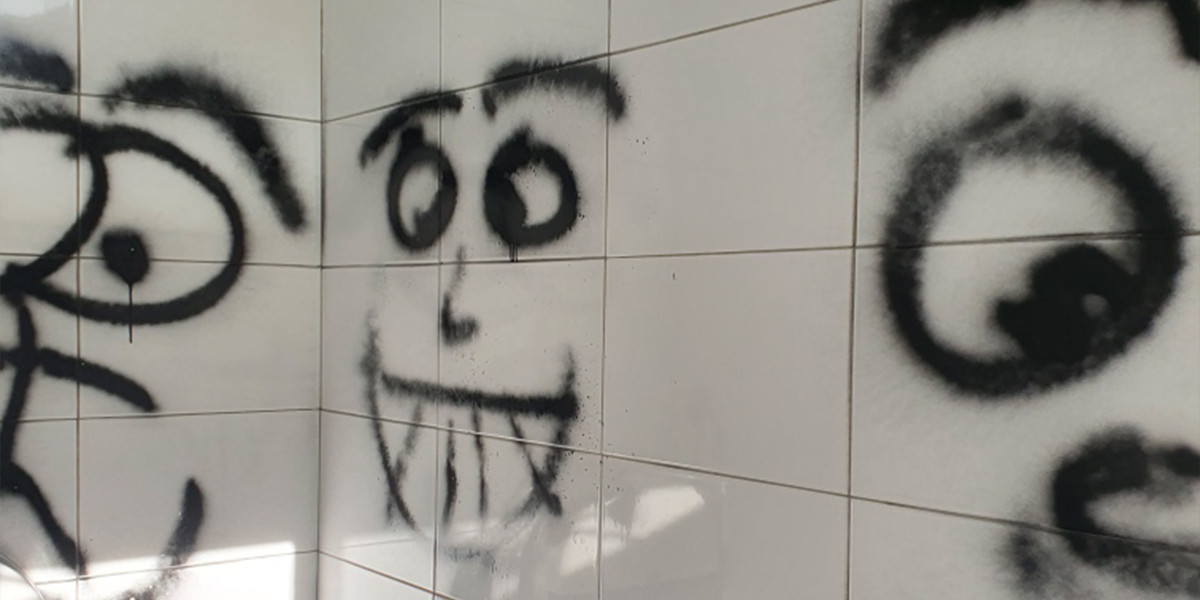 Vandals went on a graffiti spree in at least five public toilets run by NPDC over the Easter holiday weekend, leaving ratepayers with another clean-up tab on the growing vandalism bill.

While the clean-up bill is estimated at $500, it brings the total spent on graffiti to about $36k since the start of the financial year on 1 July 2021.

Another $45k has been spent fixing buildings and other infrastructure like picnic tables and seats that were damaged by vandals over the same period.

“We’ve have zero tolerance for all vandalism and we’ve taken this to the Police and already started the clean-up at the toilets, but it’ll take time and inconvenience people who are out and about during the school holidays. Vandals attack all of us by attacking our property. It’s disruptive, a bad look for our district and it hits ratepayers in the pocket,” said NPDC Property Manager Laura Keenan.

“We’re always looking at ways to vandal-proof our public facilities, such as metal cases around toilet paper and soap dispensers, but the only really effective way is for everyone to step up and show ownership of public property. If your home is tagged or a window smashed you’d be rightly outraged and calling the Police. If you know about these crimes, tell NPDC or the Police.”