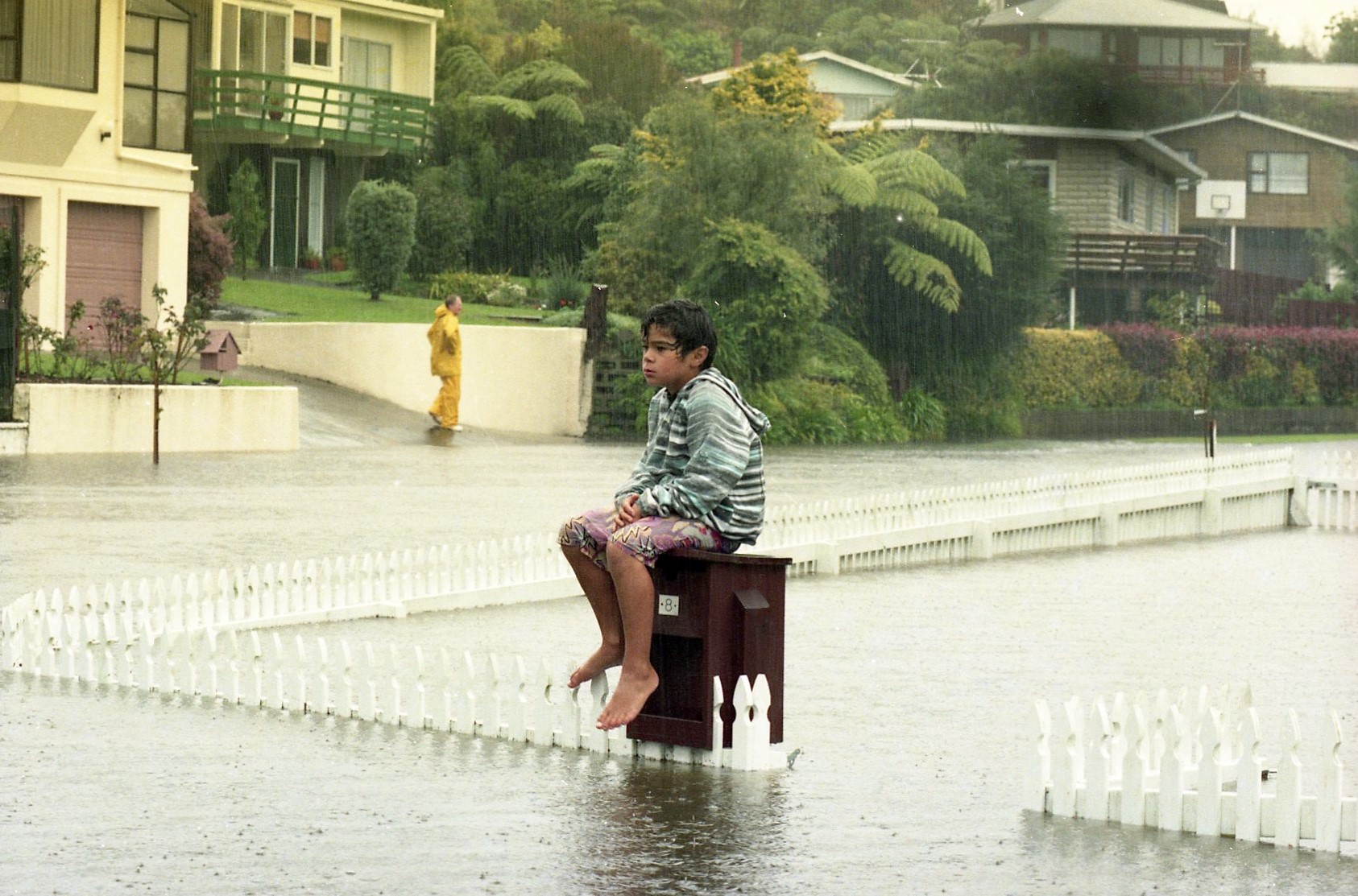 More than a quarter of century ago, young Tahu Kotua sat on his letter box to survey the flood waters that had risen around his family home in New Plymouth’s Bromley Place after days of torrential rain.

He was captured in an iconic photograph that ran on the Taranaki Daily News under the headline The Big Wet in April 1995.

It’s a scene that NPDC is working to confine to the history books with a major overhaul the neighbourhood’s stormwater system to stop flooding after heavy rain, a problem that goes back many years.

“This is one example of how our $248 million investment to Fix the Plumbing over the next 10 years will make life better for our residents. Flood waters in recent years have washed away recycling wheelie bins and caused a flooding hazard for cars and nearby homes in Bromley Place,” said NPDC Three Waters Manager Mark Hall.

Flood control work on the Waimea Stream since the photo was taken has helped prevent the worst of the flooding.

The new work will fix the remaining issues with five “megapits”, which can drain up to 25 times more water than a normal stormwater pit.

These will drain off stormwater into pipes, which at 650mm in diameter are almost twice the size of the old pipes to channel it through the Bromley Place Reserve to the Waimea Stream.

Work started in April and is due to be finished in early October and being held up for two weeks during the latest Covid lockdown.

“We’d like to thank residents in the area for bearing with us while we’ve been working to fix this longstanding problem once and for all,” said Mr Hall.