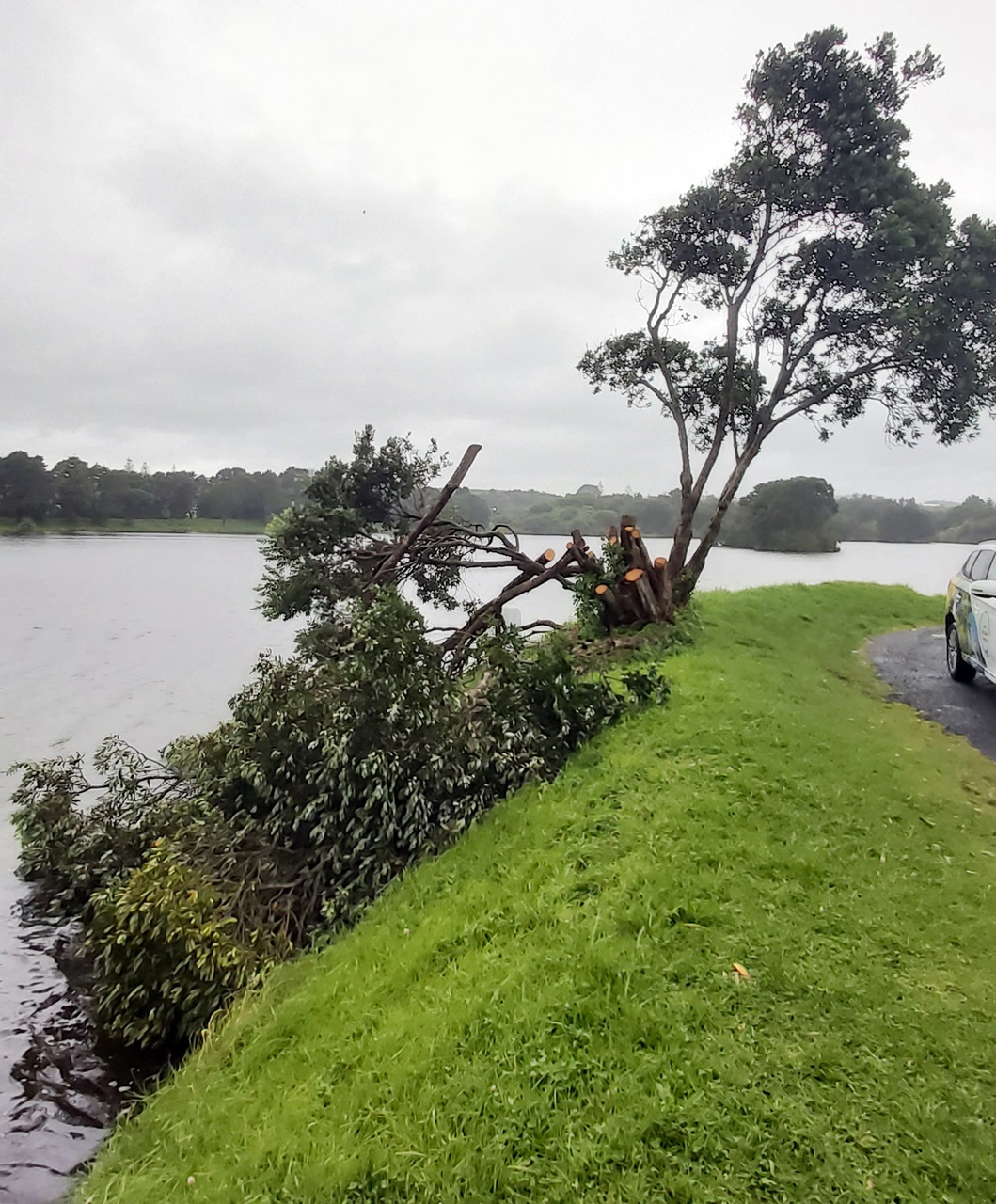 Vandals have attacked a pohutukawa tree on the banks of New Plymouth’s Lake Rotomanu with a chainsaw.

Most of the tree’s large branches were cut and left in the lake’s water during the weekend and the police have been notified.

“The damage was discovered on Sunday,” says Manager Parks and Open Spaces Stuart Robertson. “We’ll monitor the tree to see how it recovers from the vandalism but it’s fair to say that it’s been butchered.

“Anyone who takes it upon themselves to cut back a tree on public land is doing vandalism. We’ve reported this one to the police so please get in touch with them if you can help identify who did it.”

NPDC looks after 1,600ha of parks and reserve land and nearly 5,000 notable and street trees. In the last 12 months there has been nearly $40,000 worth of vandalism in New Plymouth District's parks and reserves, including recycling stations burned-out and playground equipment stolen, plus $60,000 spent on getting rid of graffiti.

NPDC pruned Lake Rotomanu’s trees during summer. No complaints or requests for further work have been received from the public.