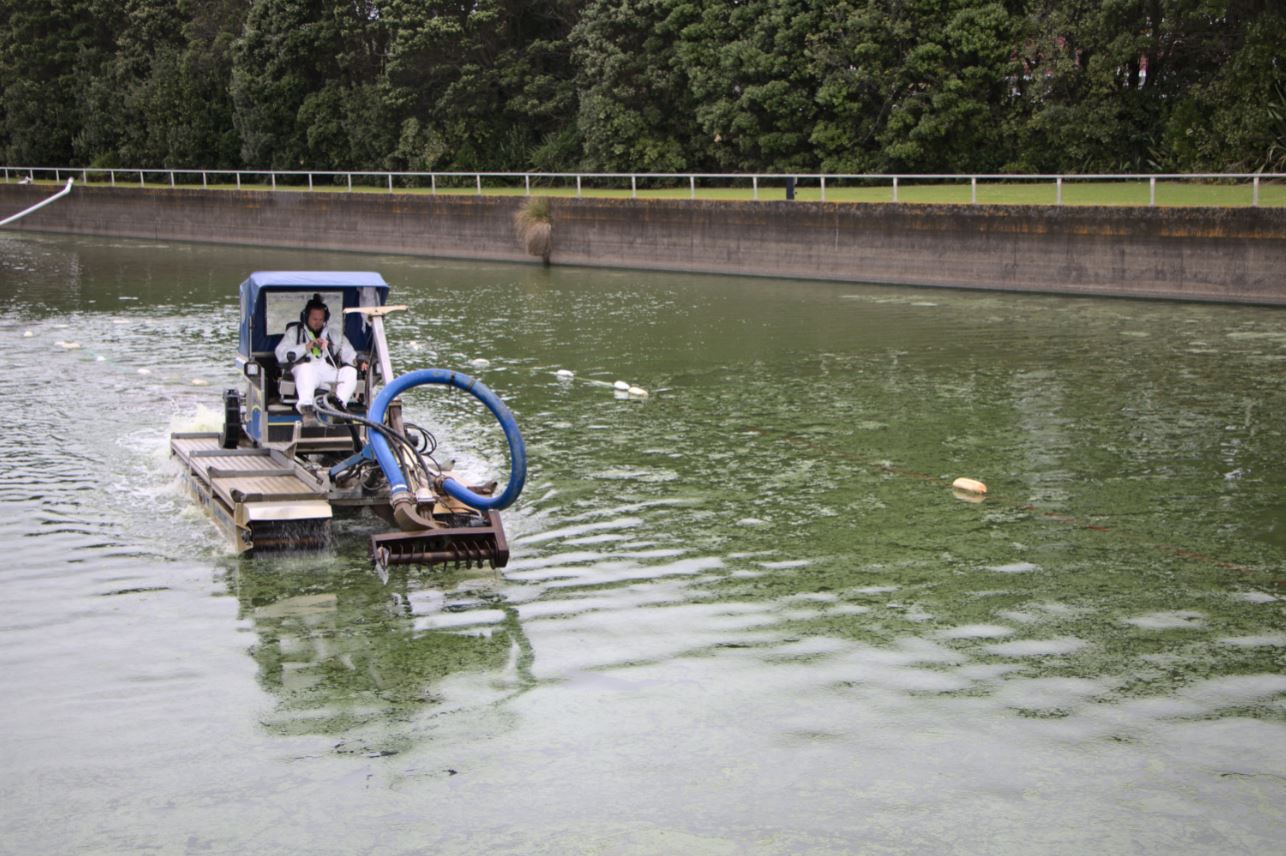 Work is underway to remove decades-old sludge from a storage lagoon at the New Plymouth Wastewater Treatment Plant, with help of $3.5 million of Government funding.

The same amphibious Truxor machines used to remove silt from Pukekura Park’s waterways are sucking about 7,000 cubic metres of sludge dating back to 1990 out of the lagoon.

The sludge will sit in large tubes while the water drains out for the next six to 12 months, and the remaining sludge will then be taken to a landfill.

“Once this sludge lagoon is empty, it’ll open up the land for future expansion of the treatment plant – something we’ll need as the district’s population continues to grow,” says Group Manager Planning and Infrastructure David Langford.

“We’re currently getting public feedback for our plans to invest $248m Fix the Plumbing on our ageing three water networks over the next 10 years.

“But there are always more projects that need seeing to, so getting Government funding means we can take this off the ‘to do’ list and get it done earlier.

“The Truxor worked really well last year in getting the build-up of silt out of many of Pukekura Park’s lakes and I expect it’ll work just as well at the treatment plant.”

In total we are getting $10 million from the Government’s Covid-19 Fund for water projects in the district, with $3.5m going toward emptying the sludge lagoon.

Another $1.5m will enable NPDC to upgrade the West Quay sewer pump station in Waitara so that it won’t flood when the river runs high.

“By stopping any river water coming into the pump station during very high rainfall, we’ll greatly increase the ability of the pump station to keep running at those times,” says Mr Langford.

Other projects to benefit from the Government’s investment include repairs to a stormwater culvert beneath Waiwaka Terrace in New Plymouth, cleaning Inglewood’s water reservoir, and maintenance/upgrades of the New Plymouth Waste Water Treatment Plant buildings and systems.