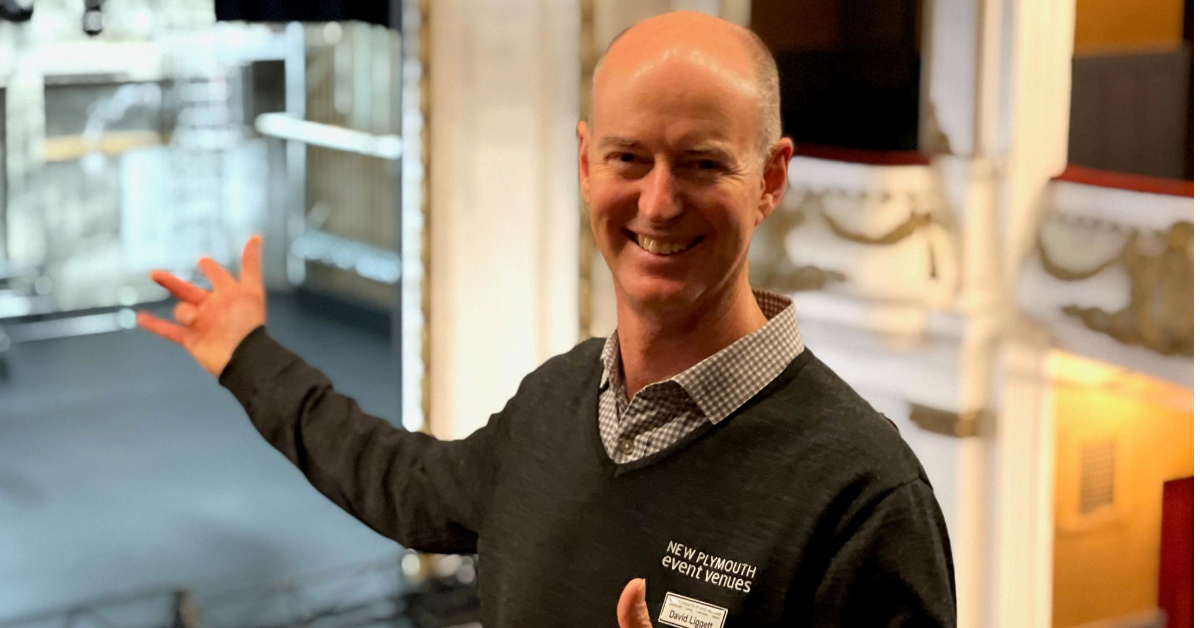 Normally he runs the show, but this time David Liggett’s *in* the show.

The Wizard of Oz prequel fills in the back stories of several much-loved characters and will be one of the biggest shows this year at our premier performance venue.

Looking forward to taking to the stage again, Liggett says he’s extremely excited that Wicked is finally here. Auditions were held in 2019, then the show was cancelled because of Covid, then it re-started in February. “This is the longest show I’ve ever rehearsed in my life!”

Liggett says the extra activity has come from word of mouth, marketing and building relationships with promoters. “We’ve got an excellent reputation nationwide in delivering what we promise to a high standard.” He says they also reinvest back into the venue so each time clients come through they can see something’s been improved. In 1998 the building was renovated and extended, and in 2013 underwent extensive earthquake strengthening.

Day to day, Liggett’s busy making sure the Showplace keeps humming, dealing with everything from maintenance and technical upkeep through to supporting the team putting programmes together. “Every event, performance and meeting is unique and everybody has a different vision for what they want, with different challenges,” he says. “I love it, it’s a passion – not a job, it’s a hobby.”

He’s been able to weave one hobby into another, appearing in 16 shows with New Plymouth Operatic since 1987, and he draws on that understanding to meet the demands of the ever-changing events and entertainment landscape.

While he’s quick to give due credit to the talented TSB Showplace team, David’s in-depth industry knowledge and experience on stage and behind the scenes have played a huge part in the venue’s reputation for excellence. And that’s pretty wicked.