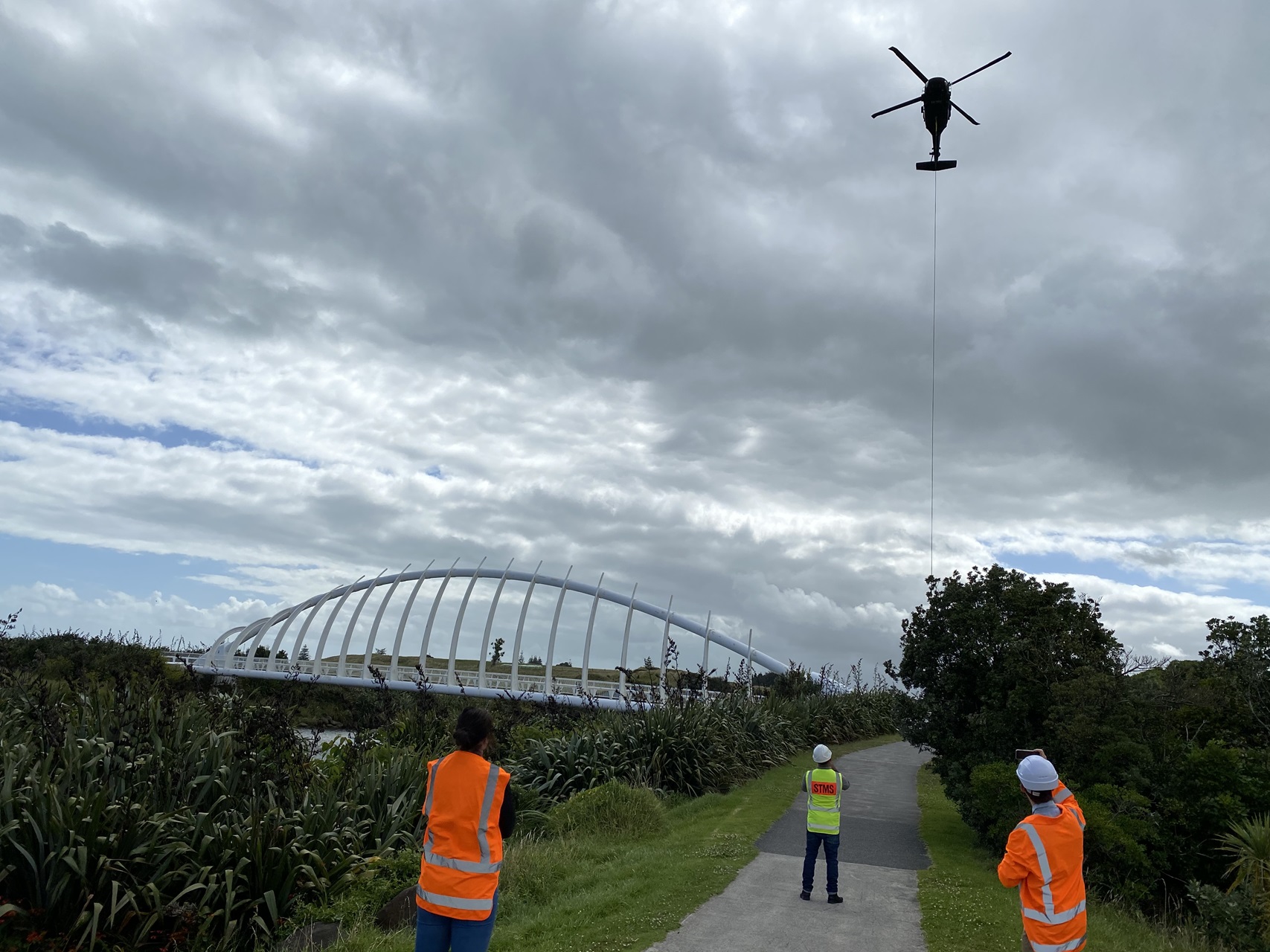 New Plymouth’s famous Te Rewa Rewa Bridge is getting a makeover 10 years after it opened to the public.

A new type of paint is being trialled on the bridge, which NPDC expects will withstand not just salt spray but wind-blown sand.  The paint has better UV resistance and will stay glossy for longer.  In addition the new top coat will be more than twice as thick as the original top coat.

NPDC Group Manager Planning and Infrastructure David Langford said the bridge is in a tough environment for paint to withstand.

“First we’ll trial the new paint on a couple of ribs (about one tenth of the structure) and if it works as we expect it to, we’ll paint the remainder of the structure over the next two summers,” says Mr Langford.

“On January 22 the bridge will be briefly closed while we lift equipment into place by helicopter. The bridge will also be closed for three days on 25 January, 01 February, and again when we’re finished for people’s safety while we put up and remove scaffolding. During the painting itself we’ll have a protective tunnel in place with alternating one-way access and traffic control. We apologise for any inconvenience and thank everyone in advance for their patience.”

“By the end of the job, our iconic bridge is expected look better than ever and be better protected against the elements for future too,” says Mr Langford.

Te Rewa Rewa Bridge has won two international awards and two national awards for its design and engineering. More than 260,000 walkers, cyclists, runners and skateboarders cross it every year.