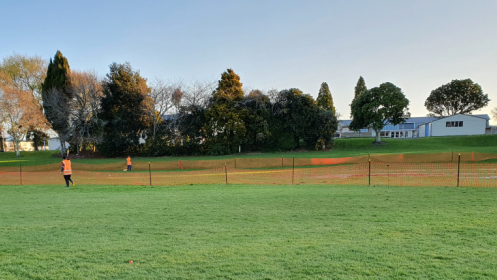 A sewage pipe blocked by tree roots has caused an overflow in Waitara, onto a section of the playing fields at Waitara Central School.

The blockage on Browne Street was discovered on Thursday and has now been fixed, the site cleaned up and we have been working with the school, hapū, health officials and other agencies.

“We’re sorry this has happened and we’re working with the school, hapū, health officials and other agencies. The blockage has been fixed and we’ve put precautionary health measures in place,” says NPDC Spokesperson Jacqueline Baker.