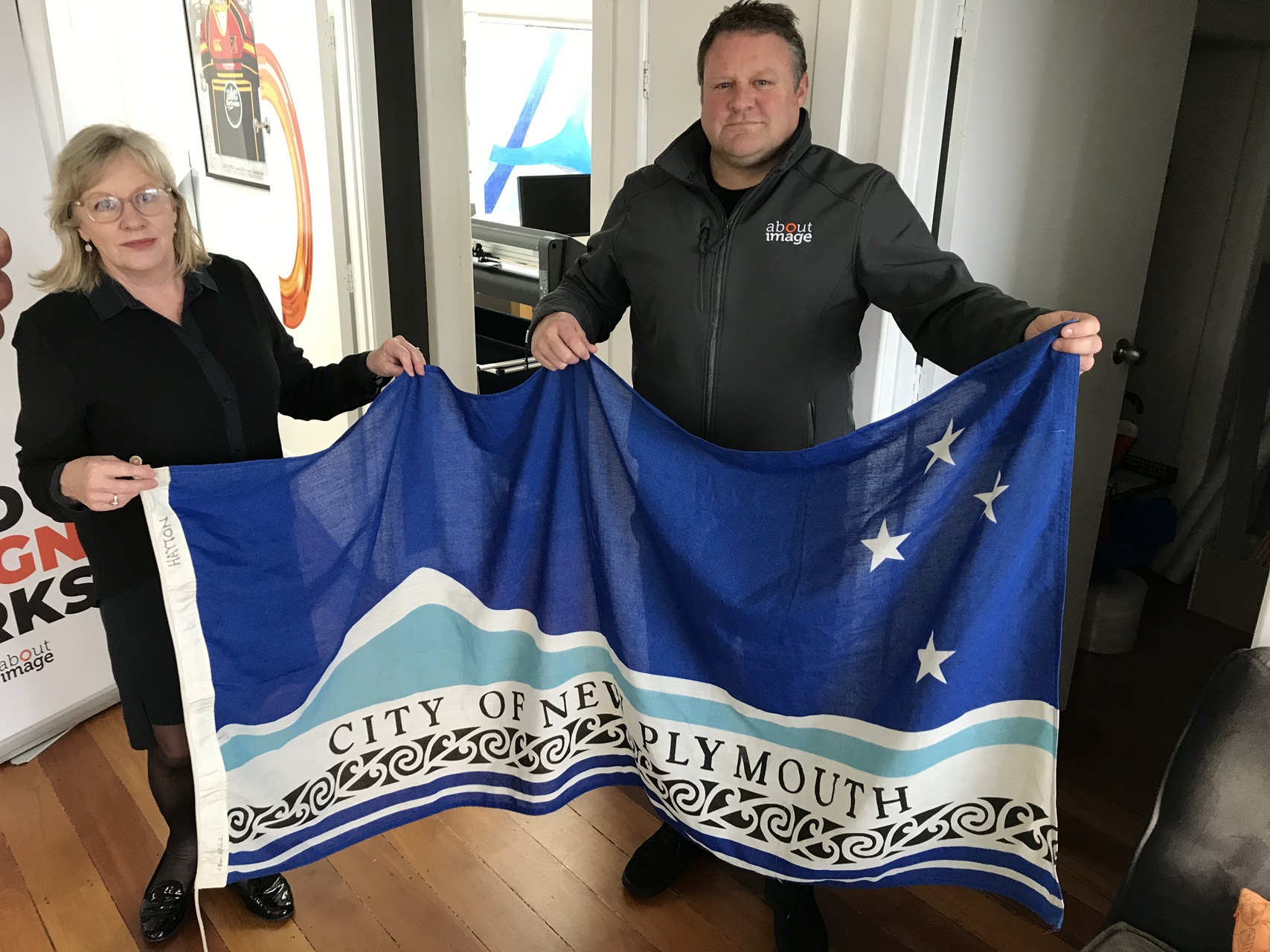 A New Plymouth family unfurled some forgotten history when they asked NPDC to look out an old City flag.

Jenny Doherty and her son, Jade Morgan, wanted one of the flags that Jenny’s father helped design for the City of New Plymouth back in 1986 so they could copy it for the family history.

The flag disappeared from public view when the city became part of New Plymouth District in the 1990 local government merger.

Jenny’s father, engineer Howard Wright, had shunned all recognition for the flag, which he drew up during a public design competition.

Howard had put Taranaki on the world map by inventing and exporting innovative hospital equipment, such as hydraulic adjustable beds, around the world from the 1950s.

“It was awesome that NPDC found the flag after so long.  Dad loved this place and he always tried to give back to the community, but he never liked being in the spotlight. So during the flag competition he quietly handed his drawings to City Councillor Willie Still and asked him to put them forward – and the rest is history,” said Jenny.

More than 30 years after it was created, the flag features all the great aspects of the District – and finding it helps commemorate the outstanding contribution of Howard Wright to Taranaki, said NPDC External Relations Manager Jacqueline Baker.

“You could say Howard Wright was one of the early champions of our Lifestyle Capital.  He was a humble Taranaki legend and his design celebrated our unique landscape with our Mounga, our coast and our heritage,” said Ms Baker.

“It’s thanks to the creativity and vision of people like Howard Wright that our district is a great place to live today.”