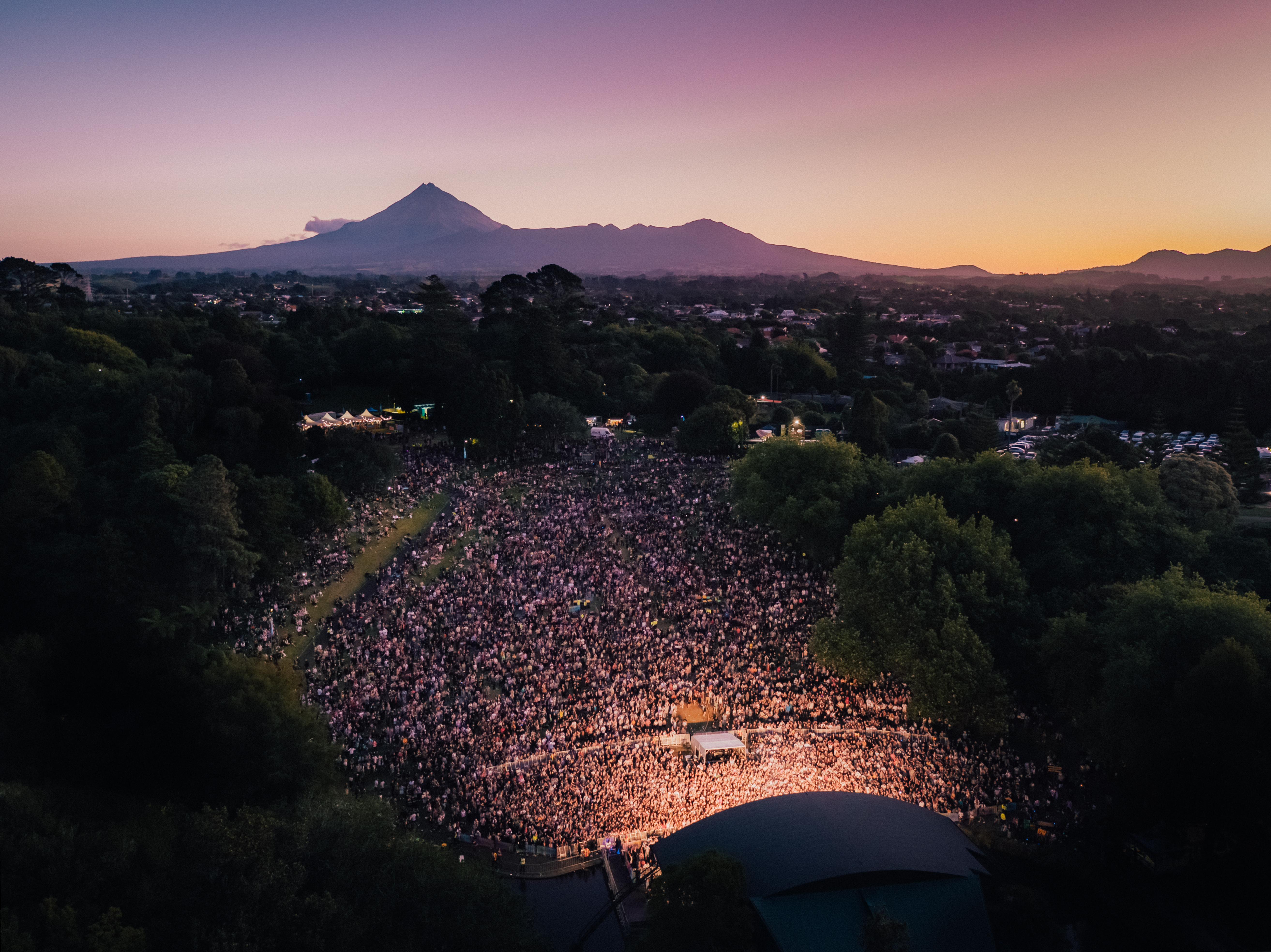 We’ve known it for decades and now it’s official – the Bowl of Brooklands has been crowned New Zealand’s best large event venue.

The Bowl, which has hosted an array of international stars from Sir Elton John to Tina Turner, as well as Kiwi music legends like Crowded House and Six60, scooped the prestigious honour at the annual Entertainment Venues Association of New Zealand (EVANZ) awards.

The NPDC-owned venue romped in ahead of other finalists Auckland’s Eden Park and Hamilton’s Claudelands Oval.

The Large Venue of the Year Award (capacity of 5000 and above) is fantastic recognition for the Bowl, which has hosted audiences under the stars since 1958, as well as for the region, says NPDC Group Manager Community and Customer Services Teresa Turner.

“The Bowl just hits it out of the park as an awesome, world-class venue in our own backyard.  It’s one of our best-loved public places as well as a major booster for the local economy. A huge congratulations and well done to our team for the mahi they’ve done to earn this recognition,” says Ms Turner.

Set in the award-winning Pukekura Park, Taranaki’s largest and most iconic concert venue is a natural amphitheatre with a permanent stage over the lake.

The Bowl, which can hold a crowd of up to 15,000, is home to WOMAD NZ and last year had a massive summer season, with almost 60,000 people chilling out to gigs by L.A.B, Six60, Synthony and Crowded House.

This summer the Bowl is set for another sizzling season of entertainment with L.A.B on 8 January, Synthony on 5 February, and WOMAD on 18-22 March.

EVANZ represents over 120 venues around the country including theatres, arenas, event centres, outdoor stadia and convention centres. The annual awards ceremony to recognise excellence and the crème de la crème of New Zealand venues and their staff took place online on Thursday 25 November.

EVANZ General Manager Sally-Anne Coates said: “Now in its 10th year, the EVANZ Awards celebrate the very best of the best in the venues industry.  The Large Venue of the Year category, in particular, attracts a really high calibre of entries.

“The Bowl of Brooklands' entry really stood out to the judging panel, demonstrating a depth of commitment to their community and a level of pride and professionalism in delivery."