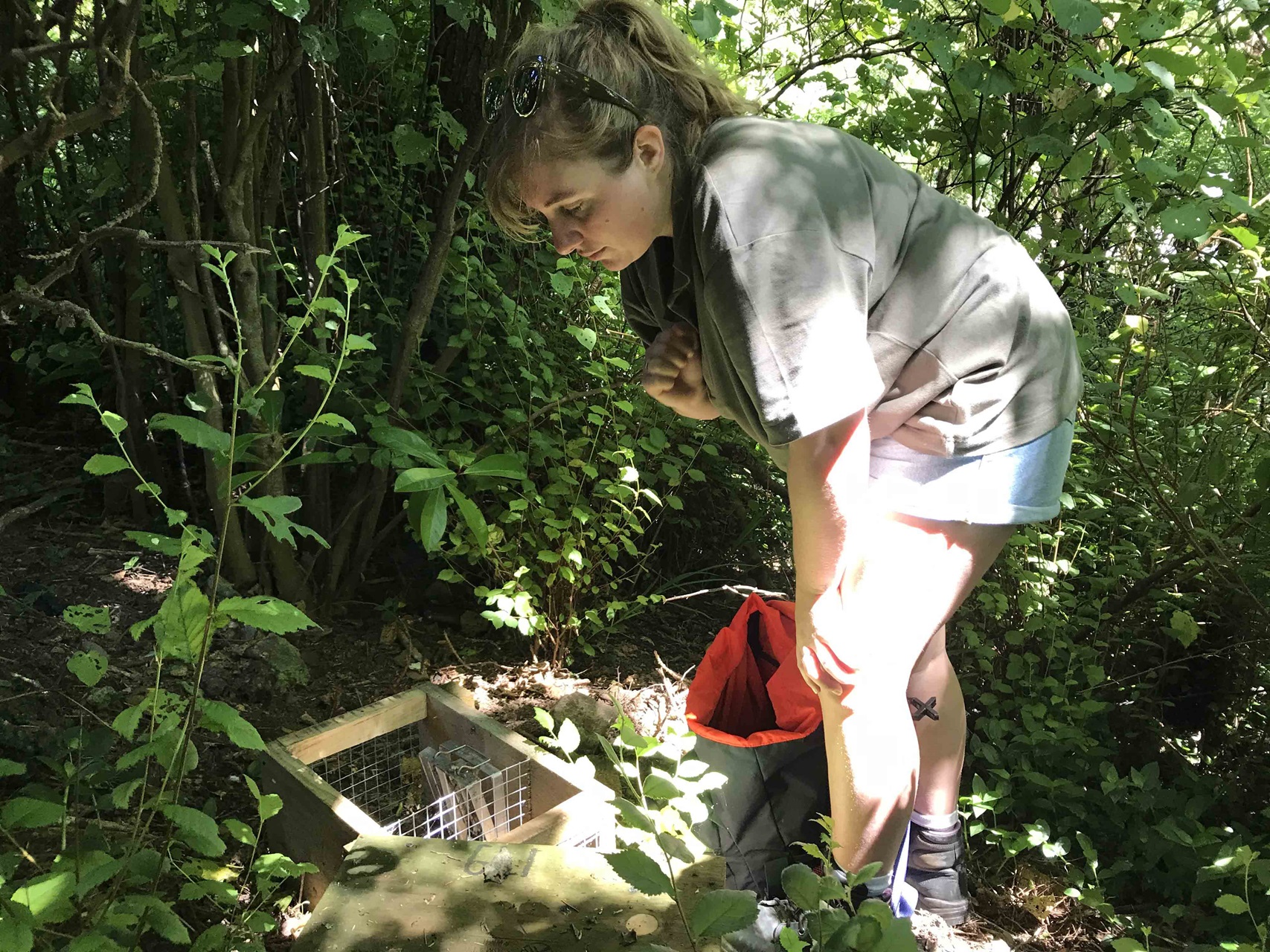 Laura George is calling for people power to help NPDC eliminate predators and bring native birdsong back to the streets of New Plymouth.

Our new Parks Volunteer Officer manages a network of about 1,300 traps in public parks and reserves from Bell Block to Paritutu with a growing team of volunteer helpers.

She wants more people in the district to help protect native plants and animals by removing rats, possums and stoats, as part of the Towards Predator-Free Taranaki programme.

Laura and her volunteers check and reset traps regularly, catching 319 rats and 105 mice and four stoats from October to December.

“It’s great to be working with the community, caring for our environment.  People are very keen to help protect our native plants and wildlife, especially areas near their own homes,” says Laura.

“NPDC manages about 1,600 hectares of parks and reserves, so our volunteers are a massive help in setting and clearing our traps.  The more volunteers we have, the faster we’ll see more native wildlife and healthier plants as we work Towards a Predator-Free Taranaki.”

Laura, 24, studied art history and education at Victoria University and has wanted to work with kids – something her new job allows.

“We’re getting a lot of interest from schools and scout and guide groups, as well as individuals – it’s a great way for all ages to give back to the community,” said Laura.